Six football players from the University of Kentucky are facing first-degree burglary charges in Lexington, Ken.

The players are scheduled for arraignment on Friday. 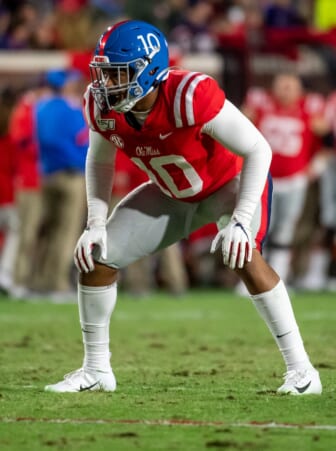 Each charge stems from an incident at private party last March, in which the players are accused of crashing a private party, being asked to leave, and then returning with more individuals and at least one suspect pointing a firearm.

Kentucky coach Mark Stoops released the following statement: “I am aware of the situation that arose today. Out of respect for the legal process, I cannot comment on the charges. We have been aware of this matter since March, as we withheld the players from team activities while a student conduct review was held. Based on the outcome of the review, the players returned to activity in June.

“We are evaluating the current situation as we receive more information.”