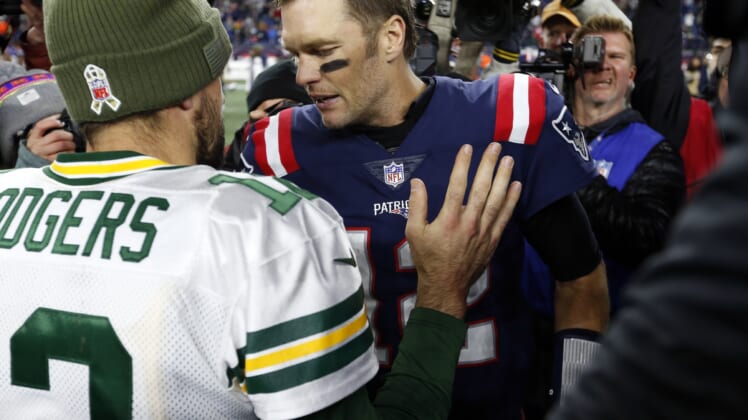 Seven weeks of 2019 NFL action has offered fans some fabulous football. Unfortunately, at the same time some pretty ugly football has been taking place.

Stating the obvious when talking about Super Bowl LIV, it is pretty fair to assess that the Miami Dolphins will not be playing in their home stadium come February 2, 2020.

With that said, here are six potential Super Bowl matchups that would be pretty awesome to see.

Sure, this prediction is somewhat of a longshot. But, the Panthers are quietly sneaking along with backup quarterback Kyle Allen and his perfect 4-0 personal win record. Meanwhile, Carolina’s defense has been a force to be reckoned with. At this time, the Panthers are nearly a perfect package and it is not out of the question for them to potentially represent the NFC at the Super Bowl.

On the other side of the coin, the Texans have scored 84 points on the road in their last two contests. If they keep up this level of performance, Deshaun Watson and Co. stand a chance to play in the championship game. It would be a first for the Houston Texans while the Panthers would look to avenge their 2015 Super Bowl loss. Might Cam Newton be looking on from the sidelines this go around?

What would Super Bowl projections be without the potential of Drew Brees making his way to Hard Rock Stadium? The future Hall of Fame quarterback deserves another shot at a ring and will be back in action very soon. In the meantime, the Saints have been successfully staying above water with Teddy Bridgewater manning the ship.

As for the Ravens, they would make for a fun primetime opponent for the Saints to fend off. This would include the Saints attempting to shut down former running back, Mark Ingram for starters. All the while, Lamar Jackson would be on the loose while the Ravens try to deal with stopping Alvin Kamara and Michael Thomas in action. Does any of this sound boring? We think not.

TB12 versus Aaron Rodgers would be quite a crowd-pleasing Super Bowl. The Patriots are nearly in a league of their own right now, sporting a defense that no team thus far can shatter. At the same time, the Packers have dropped just one loss and Rodgers can never be counted out of the Super Bowl race.

Both teams’ offenses run like well-oiled machines with stars such as Davante Adams, Aaron Jones, Julian Edelman, Sony Michel and Co. bound to rack up points. At the end of the day, though, how fascinating would it be to see Rodgers walk away with his second ring, or Brady earning his seventh?

Obviously, for this potential Super Bowl scenario to take place, the Vikings and the Bills would have to somehow knock the two aforementioned franchises out of the way. After all, it is still early and anything can happen in the NFL. With that said, the Vikings seem to be getting their “A” game back. When Kirk Cousins is on the right page, the Vikings offense runs tremendously. And, Minnesota’s defense is show-stopping.

As for envisioning the Bills squaring off against Minnesota, why not? Their defense is one of the best in the league and was able to hold Brady and the Patriots to only 16 points in Week 4. Josh Allen is evolving and always presents a dual threat when under center. If anything, a complete change of scenery at the Super Bowl would be quite refreshing.

The Seahawks will need to keep pounding to eventually win the NFC. Thankfully for fans, Russell Wilson has been playing lights out. He has completed 72.5 percent of his passes while managing 17 total touchdowns and zero interceptions. It is no wonder he is leading in the race to earn NFL Offensive MVP instead of his potential Super Bowl opponent quarterback Patrick Mahomes.

Speaking of Mahomes, he will miss some time while he deals with a dislocated kneecap. However, fear not because the Chiefs still managed to pull off a win with backup Matt Moore to kick off Week 7. This offense remains uber-talented and the Chiefs control a comfortable lead in the AFC West. At this time, they can hardly be eliminated from the Super Bowl conversation. Should Miami prepare for a sea of red and lime green in February?

This list would be incomplete if we did not project both of the league’s only undefeated franchises meeting in the Super Bowl. The Patriots are playing just too darn well not to be in this discussion twice. Brady is in expert form and is back to being a fantasy football-relevant quarterback. It does not seem to matter who he has at his disposal, he moves the chains.

So, why not pair him in a juicy matchup against his former Patriots backup quarterback? Jimmy Garoppolo has completed nearly 70 percent of his passes during his 5-0 start. Defensively, the 49ers are no joke. Their defense ranks No. 2 compared to New England’s at No. 1. Outside of football, fans would get to gush at the sheer good looks of both quarterbacks at the very least.