Legendary USA gymnast Simone Biles competed in the vault during the team final at the Tokyo Olympics, but abruptly pulled out thereafter due to what one Team USA coach described as “a mental issue.”

Al Butler of UPI.com passed along the news about Biles’ alleged reasoning for bowing out, which was reported on the NBC broadcast:

USA Gymnastics later released a statement citing a “medical issue” as the reason for Biles’ withdrawal, but it was unclear at the time whether “medical” referred to anything mental health-related:

Later on, Biles addressed the media and confirmed her decision was based on mental health, per CNN’s Coy Wire :

Biles won four gold medals and a bronze in the 2016 Summer Games and has won 19 golds in the World Championships over the years. The 24-year-old phenom has multiple gymnastics skills named after her as she’s broken new ground in the sport.

This situation is difficult to read, and can be speculated about in a variety of ways. Biles has been vocal about her criticism of Team USA gymnastics in the past, particularly regarding the Larry Nassar abuse scandal.

Her pulling out of the team competition probably has nothing to do with that, but is worth noting as context.

Biles is the only gymnast to qualify for all individual finals, which are scheduled for the coming days. It’s quite possible she’s just trying to save her strength for those. Her teammates delivered a podium finish in the final team competition, achieving the silver medal. The Russian Olympic Committee won gold. 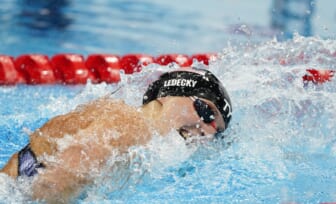