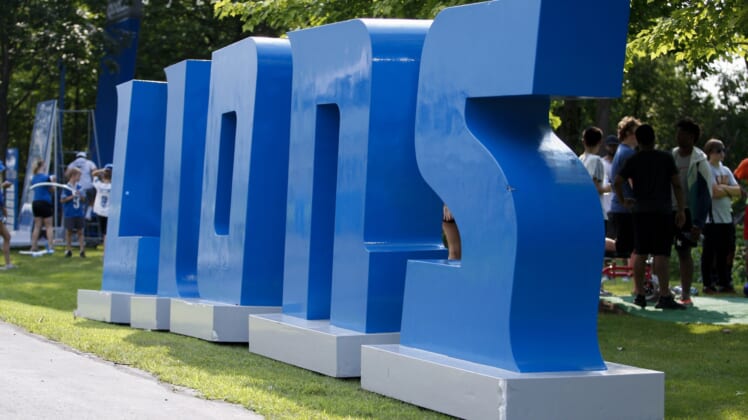 Saturday represented pretty much the first day that a majority of NFL teams were on the practice field.

It’s a special day for those around the league and fans who follow their favorite teams. Expectations are high, records are even and confidence is there for each fan base.

It’s in this that we check on the best from Saturday’s NFL training camp action.

We already know that second-year Bills quarterback Josh Allen can throw the ball a mile. Now that he has true receiving threats, it’s going to be fun to see Allen grow as a sophomore.

Brown, 29, came over from the Baltimore Ravens in free agency after catching 42 passes for 715 yards last season. He looks like a natural with Mr. Allen.

Speaking of the Ravens, new safety Earl Thomas got the first look at his locker on Saturday.

Yeah, it’s certainly going to be weird to see the future Hall of Famer suit up for any team not named the Seattle Seahawks after he starred in the Pacific Northwest over the past nine seasons.

Not only does OBJ and his offense look great on the practice field, they seem downright scary. Check out this award-level photo.

Changes are definitely in store for the Detroit Lions. They made the signing of Pro Bowl defensive tackle Mike Daniels official on Saturday. To make room for him, Detroit released veteran running back Theo Riddick.

Lions head coach Matt Patricia had nothing but great things to say about Daniels after the signing.

Unfortunately in Ohio, Cincinnati Bengals star receiver A.J. Green was taken off the practiced field in a cart after suffering an apparent lower-body injury.

Green, 30, was limited to nine games due to injury last season. First-year Bengals head coach Zac Taylor expressed optimism that the injury isn’t too serious. Time will tell on that front.

San Francisco 49ers quarterback Jimmy Garoppolo was a full go during their first practice on Saturday after suffering a torn ACL last season.

Like clockwork, Garoppolo took control of the offense and looked great in the process.

Meanwhile, rookie No. 2 overall pick Nick Bosa was also on the field after suffering a hamstring injury during San Francisco’s off-season program. He responded by beating six-time Pro Bowler Joe Staley for a strip sack of Garoppolo.

The New York Giants were dealt a significant blow earlier on Saturday when newly signed wide receiver Golden Tate announced that he has been suspended four games for violating the NFL PED policy. That comes after fellow pass catcher Sterling Shepard suffered a fractured thumb on Thursday.

The Giants were down to just eight active receivers during Saturday’s practice. With the roster currently consisting of 90 players, that’s not great news.

Those are some very strong words from Mr. Norman her. Haskins is set to battle with Colt McCoy and Case Keenum for Washington’s starting job. A strong camp would go a long way in making that come to fruition.

New England Patriots quarterback Tom Brady continues to show why he is indeed the greatest of all-time. Just check out this interview he gave to NFL Media during practice on Saturday.

The six-time Super Bowl winner is out here attempting to have us believe he still has a lot to prove. This type of mentality is what has helped Brady maintain sustained success as he enters his age-42 season.