Shortstop Trevor Story (finger) back in lineup for Colorado Rockies 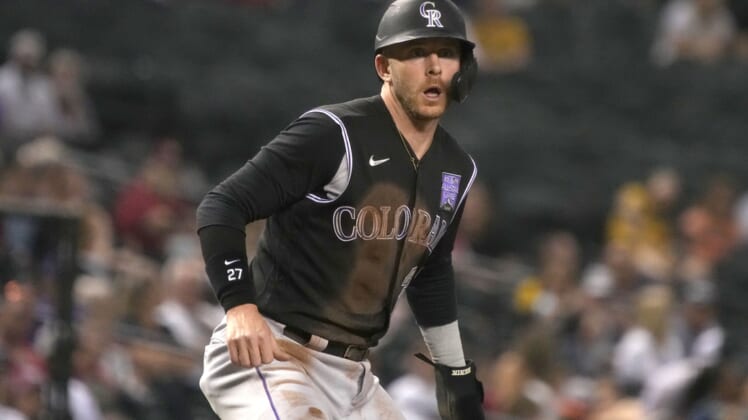 Colorado Rockies two-time All-Star Trevor Story was in the starting lineup at shortstop in the first game of Tuesday’s doubleheader against the San Francisco Giants.

Story was removed in the eighth inning of the Rockies’ 8-4 loss to the Arizona Diamondbacks on Sunday after being hit by a pitch on his right index finger. X-rays cleared him of any structural damage.

The last-place Rockies (10-18) had their game on Monday postponed due to weather, which gave Story an additional day to recover. The shortstop will apparently be available for both games of Tuesday’s twin bill.