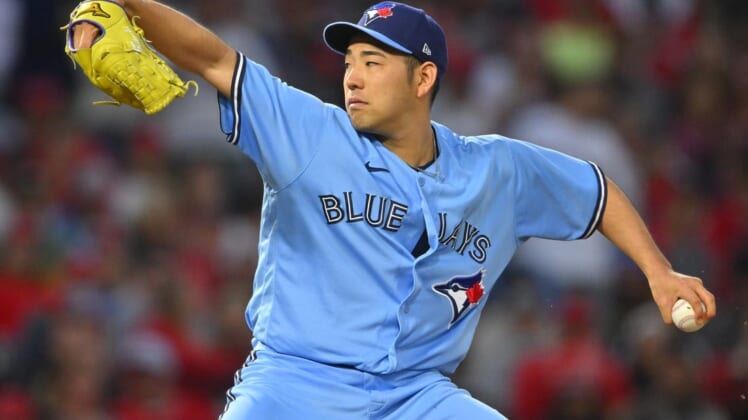 The visiting Minnesota Twins will face a difficult task Friday night as they try to end their recent struggles while opening a three-game series against the Toronto Blue Jays.

The Twins lost their third straight game on Thursday against the Detroit Tigers, a 3-2 defeat that finished a series in which Minnesota went 1-4.

Daz Cameron hit a two-run homer in the eighth inning off Emilio Pagan to give Detroit the win.

“It’s been tough, obviously,” Pagan said. “You can see it from the outside looking in. You can see it in here. When you’re not winning games, baseball is not as fun.

“Every team goes through a stretch that’s tough, but we’ll come out of this. It’s not going to be easy. It’s not easy for anybody, but we’ll be all right.”

The Blue Jays completed a three-game sweep of the visiting Chicago White Sox on Thursday with an 8-3 victory, extending their season-best winning streak to eight games.

Toronto hitters seem to be breaking out of an early season funk. Blue Jays manager Charlie Montoyo, however, has been pleased with other aspects.

“I love that we’re pitching well and catching the ball,” Montoyo said. “I’ve been talking about that since spring training. I said if we do that, we’re going to have a chance. And we have a chance, we’re doing that.

“I know everybody talked about our offense, but in the big leagues, you’ve got to pitch and catch it. I’m really happy that we’re doing that.”

Minnesota is expected to start right-hander Chi Chi Gonzalez in his major league season debut. The only time he faced the Blue Jays in his career, he took a loss on June 28, 2015, after giving up three runs in six innings.

Right-hander Sonny Gray (right-pectoral strain) was supposed to start for Minnesota on Friday, but he was placed on the injured list on Thursday.

The Twins have been without such players as right-hander Joe Ryan, shortstop Carlos Correa and outfielder Gilberto Celestino, who are on the COVID-19 IL, and left-hander Danny Coulombe (left-hip impingement) and infielder Royce Lewis (right-knee bone bruise).

The Twins also are expected to be missing some players for the series against the Blue Jays because they fail to meet Canada’s vaccine requirements.

“We talk about everyone needing to step up when the time comes,” Twins manager Rocco Baldelli said. “We’re at one of those points right now. We have some guys out; there’s no way around that. But you can’t really point to that every day as a reason why you’re not playing your best baseball. We’ve got to look in the mirror, and that’s what we’ll do.”

Blue Jays center fielder George Springer (non-COVID-19 illness) missed his second straight game Thursday but was in the dugout. Santiago Espinal filled in as the leadoff hitter the past two days, and he hit a solo homer Wednesday before going 3-for-5 with three RBIs on Thursday.