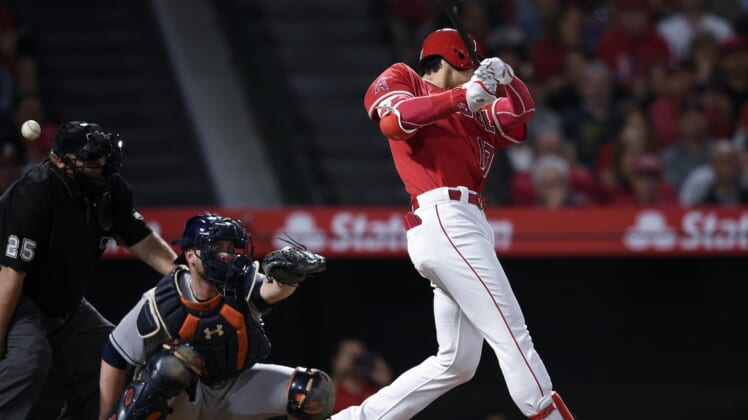 Los Angeles Angels two-way star Shohei Ohtani will finish the 2018 season as a hitter, but he has not decided if he will have Tommy John surgery as of now.

Shohei Ohtani said he will finish the season as a hitter. Hasn’t decided yet about TJ.

The 24-year-old, who hit a home run hours after the Angels announced he likely needs TJS, will finish the season as a designated hitter.

As Ohtani waits to determine if he will have elbow surgery, which would likely sideline him until the start of 2020, the projected timetable for a return will continue to get pushed back.