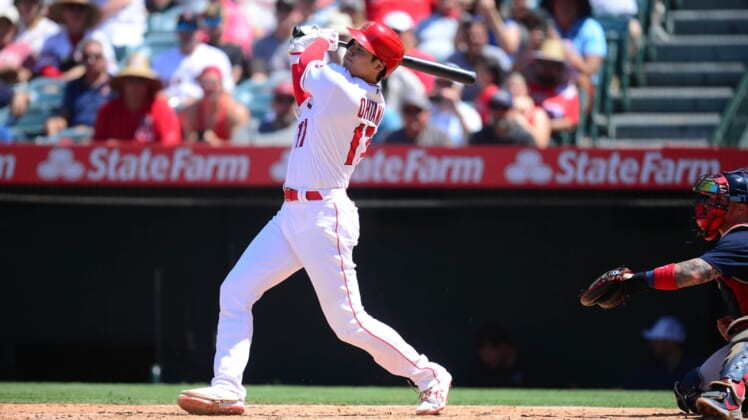 Shohei Ohtani of the Los Angeles Angels hit his 32nd homer of the season on Wednesday to break Hideki Matsui’s record for blasts in a season by a Japanese-born player.

Ohtani launched a 433-foot blast to right field in the fifth inning to give the Angels a 3-2 lead over the visiting Boston Red Sox. Los Angeles won the game, 5-4.

Matsui, who hit 31 homers for the New York Yankees in 2004, said that Ohtani is only scratching the surface of his potential.

“I was once considered a long ball hitter in the majors, but I believe that he truly is a long ball hitter,” Matsui said in a statement released shortly after Ohtani’s record-making shot. “Furthermore, he is an amazing pitcher. He exceeds what is considered conventional for a major league player, and there is no one else like him.

“I hope he continues his success this season as he carries the hopes and dreams of many fans and young children. As a baseball fan myself, I can’t wait to see what he is able to do next.”

Ohtani, who leads the majors in homers, is batting .279 with 69 RBIs as a hitter and is 4-1 with a 3.49 ERA in 13 starts as a pitcher. He was named to next Tuesday’s All-Star Game as both a hitter and pitcher, becoming the first player to achieve that.