Shohei Ohtani does it all for Angels in win over Seattle 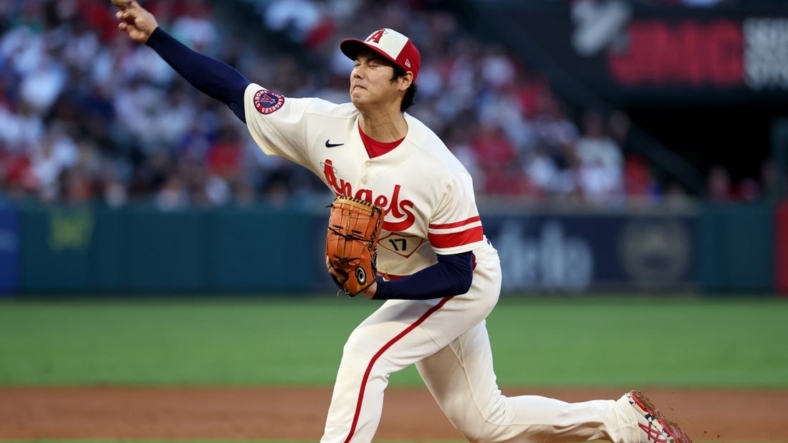 Two-way sensation Shohei Ohtani earned the win by tossing seven scoreless innings and factoring in both runs Saturday night for the host Los Angeles Angels, who edged the Seattle Mariners 2-1.

The Angels (63-82) have won the first two games of the four-game wraparound series. The Mariners (80-64) fell into the third and final wild card spot in the American League by virtue of the Tampa Bay Rays’ 5-1 win over the Texas Rangers.

The Mariners played without rookie star center fielder Julio Rodriguez, who was a late scratch due to a tight lower back, and third baseman Eugenio Suarez, who was placed on the injured list with a fractured right index finger.

Ohtani (13-8) allowed three hits and walked one while striking out eight. He didn’t allow a runner past first base thanks to a trio of forceouts and an inning-ending double play in the seventh.

Taylor Trammell homered with one out in the eighth against Jaime Barria, who then allowed a double to Abraham Toro and walked J.P. Crawford. But Barria got Ty France to hit into a double play.

Aaron Loup tossed a perfect ninth with one strikeout for his first save since July 20, 2014, when he was a member of the Toronto Blue Jays.

Ohtani and fellow superstar Mike Trout teamed up to give the Angels the lead in the first off George Kirby (7-4). Trout singled and Ohtani drove him home on the next pitch with a double to deep left.

The Angels added what proved to be the decisive run in the fourth. Ohtani drew a leadoff walk and went to second on a single by Taylor Ward before both runners advanced a base on Kirby’s wild pitch. After Mike Ford fouled out to third, Ohtani scored on a groundout to short by Matt Duffy.

Kirby took the hard-luck loss despite allowing just four hits and one walk while striking out eight over six innings.