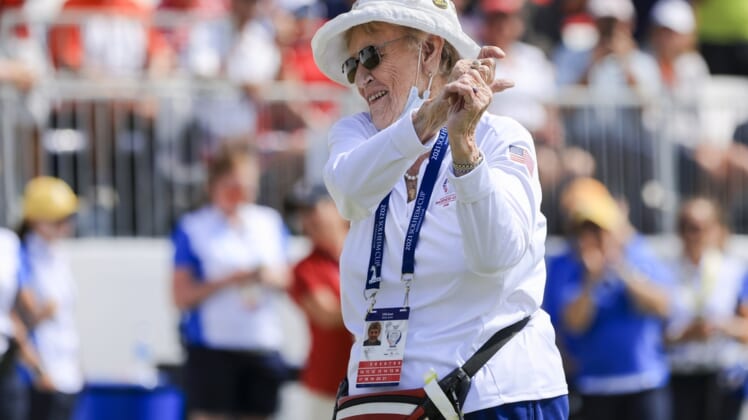 Shirley Spork, one of the 13 women who founded the LPGA, died Tuesday in her home in Palm Springs, Calif., the LPGA Tour said. Spork was 94.

Spork became a professional golfer while teaching at a Detroit public school in 1950. That year, she signed the original charter of the LPGA alongside women like Babe Didrikson Zaharias and Patty Berg. Marlene Hagge is now the only surviving founder.

The charter allowed women to have access to a pro golf circuit after the Women’s Professional Golf Association went defunct in 1949.

Spork took second place at the 1962 LPGA Championship. An avid teacher and coach, she is also credited with persuading the LPGA to create its Teaching and Club Pro Division.

The LPGA announced last month that the eight founders not already enshrined in the LPGA Hall of Fame — a list that included Spork — will be inducted this year in the Honorary Category.

“Getting into the LPGA Hall of Fame is the highest honor ever in our profession, so I’ve climbed the whole ladder and gotten to the top,” Spork said in a news release last month.