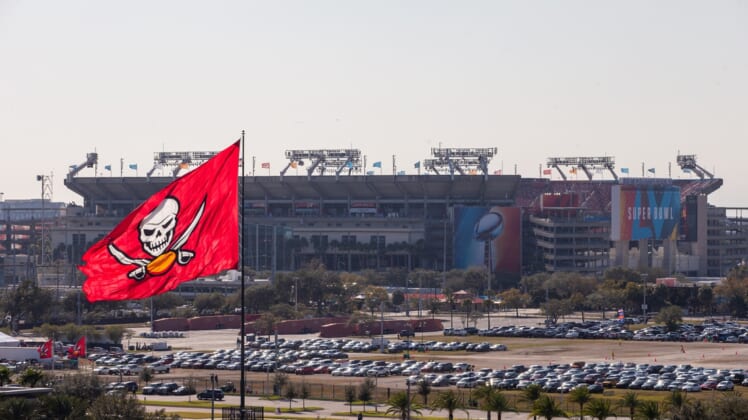 Chronister also said Jackson’s family is concerned he might have suffered from chronic traumatic encephalopathy, or CTE, a progressive and fatal disease that has been linked to concussions.

Jackson, 38, was found dead Monday at the Homewood Suites in Brandon, where he had been living since Jan. 11.

“We got the autopsy report back that is going to be released today,” Chronister said during an appearance on the M.J. Morning Show on Q105-FM, per the Tampa Bay Times.

“Unfortunately, he suffered from chronic alcoholism. Again, just tragic. We haven’t gotten the toxicology report back, so can’t say with any certainty that was it. But a lot of longstanding health conditions that contributed to his passing because of some alcohol abuse.”

According to Chronister, Jackson’s family suspects CTE because he sustained multiple concussions during a 12-year NFL career with the San Diego Chargers (2005-11) and Tampa Bay Buccaneers (2012-16).

Known for his charitable endeavors, Jackson was Tampa Bay’s nominee for the Walter Payton NFL Man of the Year Award four times.

“I don’t know who needs to hear this, or if I just needed to say it, but I will not continue to stand by and watch my brothers disappear because the multi billion $$$ corporation won’t do the right thing,” Leaf posted on Twitter along with an emotional video.