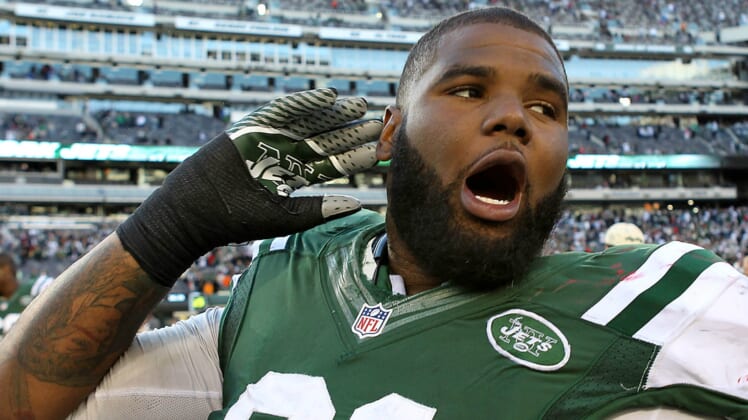 In fact, he’s positively giddy he’ll no longer have to share locker room space with Marshall.

Marshall and Richardson got into it on more than one occasion during their shared tenure with the Jets. And Richardson took offense to the fact that Marshall opened up to the press about their differences (more on that here).

Richardson has been extremely immature thus far in his NFL career. Given Marshall’s tendency to not only speak his mind but to offer help to young players who need it, it’s not surprising the young defender didn’t like his veteran teammate.

One thing we know for sure is that the New York Giants are feeling pretty happy about their cross-town rival’s decision to let Marshall become a free agent. He’ll now have another young firecracker to mentor. Hopefully Odell Beckham Jr. takes to it better than Richardson did.