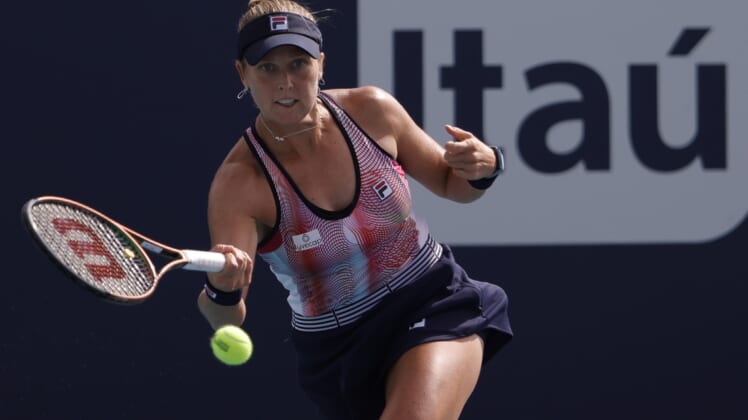 Shelby Rogers rallied past Amanda Anisimova 3-6, 6-0, 6-3 in an All-American first-round match at the Miami Open on Tuesday.

Rogers, ranked 48th in the world, fell behind when she lost her serve three straight times in the first set. She won the second set with ease, taking 24 of the 31 points over the 41st-ranked Anisimova, and went up 4-1 in the third set to cruise to victory.

“(Anisimova) can come out and dictate play like nobody else when she is on fire, it’s hard to do anything,” Rogers said postmatch. “I felt like I had to counter that a little bit better. I was a little passive in the first, just running side to side. She played incredible. I’m just really happy I closed it out because I knew she was going to raise her level again at the end.”

Rogers converted all six of her break-point opportunities in the match. She will face No. 10 seed Jelena Ostapenko of Latvia in the second round.