Shea Patterson trending for all the wrong reasons in USFL debut 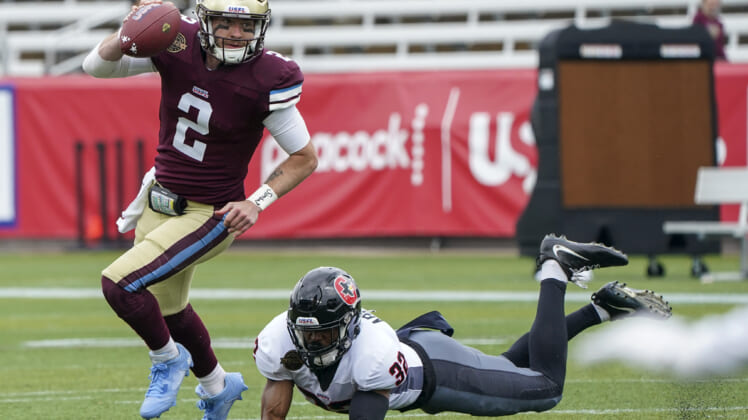 Former Mississippi and Michigan quarterback Shea Patterson was the No. 1 overall pick of the Michigan Panthers in the initial USFL Draft leading up to their inaugural season.

Taking on the Houston Gamblers in their first ever game on Sunday, Patterson and his Panthers struggled big time. They lost to the Gamblers by the score of 17-12.

For his part, Shea Patterson was a blooper waiting to happen initially. This included a strip sack that was returned by the Gambler 95 yards for a touchdown.

We really need this “highlight” with a Benny Hill theme song backdrop. That would just be great.

After putting the ball on the turf three times, Patterson was replaced under center by former Denver Broncos first-round bust Paxton Lynch. This is a thing that actually happened. 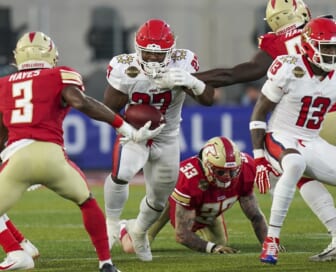 Shea Patterson being coached by Jeff Fisher in a start-up league. That’s about as fancy as it gets.

As for the USFL as a whole, fan attendance left a lot to be desired on the first weekend of action. The hope here is that interest in this league can pick up steam moving forward.