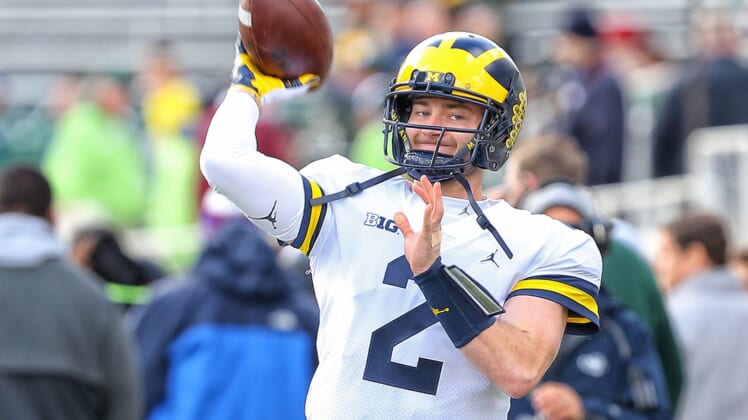 A game that seemingly couldn’t get worse for the Michigan Wolverines did. Quarterback Shea Patterson exited “The Game” against the Ohio State Buckeyes with an apparent left knee injury.

The play came early in the fourth quarter with Patterson trying to lead the Wolverines on a scoring drive. He tried to get away from pressure, but was dragged down by Buckeyes defensive end Jonathan Cooper. As Patterson was pulled down by the facemask, his leg getting bent awkwardly in the process.

Patterson is walking to the sideline, mostly under his own power. But he's favoring his left leg and going to the table

Patterson was able to walk off the field to the sideline with some assistance from the train, favoring his left leg and then being worked on by the medical staff.

Backup quarterback Brandon Peters replaced him in the game. Two plays after Patterson went down, fullback Ben Mason punched in the one-yard touchdown to cut down the deficit.