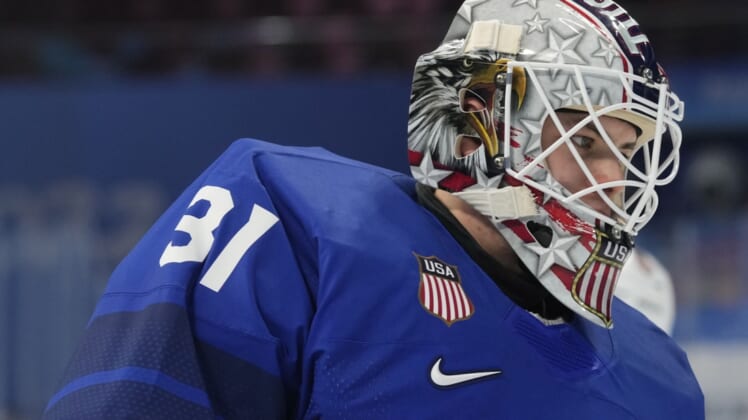 The San Jose Sharks signed goaltender Strauss Mann to a one-year contract on Tuesday. Terms were not disclosed.

“Strauss is a quick athletic goalie with history of leadership and success exemplified by being named the first goalie Captain at University of Michigan in 78 years,” Shin Larsson, the Sharks’ supervisor of European scouting, said in a release. “… We look forward to adding a quality goaltender and person to our organization.”

Mann played three seasons at Michigan (2018-21), represented Team USA at the 2022 Beijing Winter Olympics and has competed professionally in the Swedish Hockey League.