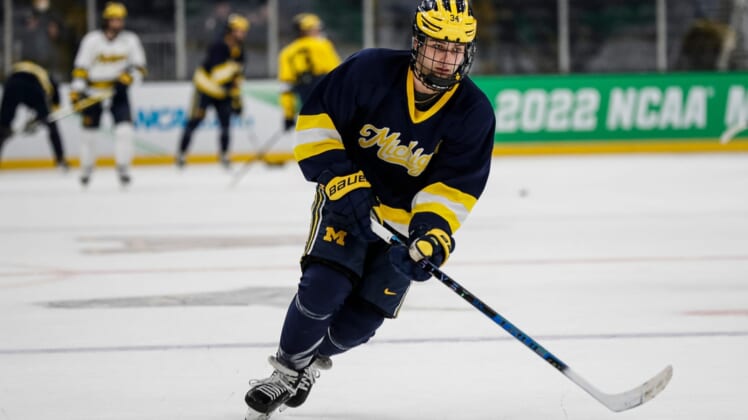 The 20-year-old center from the University of Michigan will join the team in Minnesota for Sunday’s game against the Wild.

“Thomas is a skilled playmaker with a high hockey IQ at both ends of the ice,” Sharks interim general manager Joe Will said in a release. “He consistently shows up in high-level competition and has a history of playing his best in crucial moments.”

We've signed the second-round pick to a three-year contract!

A native of Houston, Texas, Bordeleau was the 38th overall pick in the 2020 NHL Draft. He is the son of former NHL forward Sebastien Bordeleau.