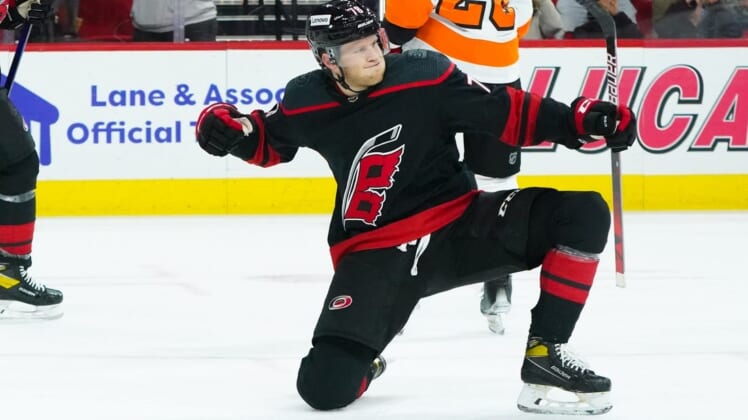 Lorentz, 26, played in 67 games with the Hurricanes in 2021-22. Carolina traded him to the Sharks with goaltender prospect Eetu Makiniemi and a conditional pick in the 2023 NHL Draft for defenseman Brent Burns and forward Lane Pederson on July 13.

The Hurricanes selected Lorentz in the seventh round of the 2015 NHL Draft.