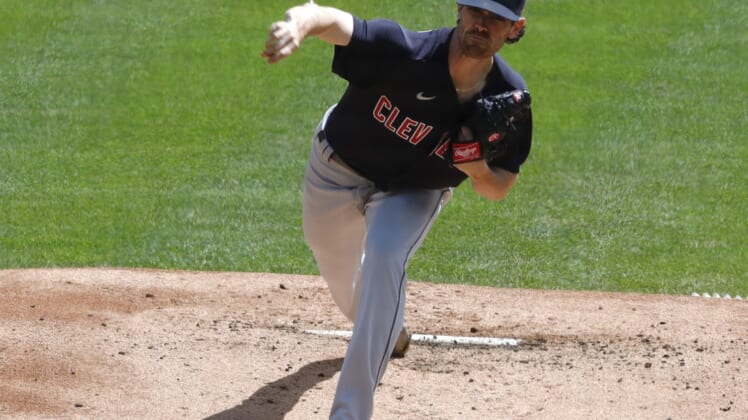 Shane Bieber tossed eight innings and became the first pitcher in modern baseball history to strike out at least 10 batters in his first four starts of a season as the Cleveland Indians snapped the Cincinnati Reds’ seven-game home winning streak with a 6-3 victory on Sunday.

Looking to help the Indians avoid being swept and coming off a nine-inning effort at Chicago on Tuesday, Bieber (2-1, 2.45 ERA) allowed three runs, six hits and fanned a season-high 13 while walking two.

On Sunday, Bieber was aided by a three-run homer from Roberto Perez, Jordan Luplow’s two-run shot and a solo blast via Jose Ramirez. Yu Chang also had two hits as Cleveland capped a 3-4 road trip.

Joey Votto had three hits with two RBIs and ex-Indian Tyler Naquin clubbed his sixth homer for the Reds, who fell to 7-2 at home.

Three batters into the game, Ramirez tagged Cincinnati’s Wade Miley with his first run allowed in 2021, putting the Indians up 1-0 with his fourth homer of the season. Perez delivered the game’s biggest blow three innings later that capped a string of three consecutive two-out hits to make it 4-0.

Miley (2-1, 2.25 ERA), who won his first two starts of the season, left after yielding all four runs on five hits and a walk, striking out five, over five innings.

The Reds cut the lead in half on Votto’s second double of the day that drove in two in the fifth. However, Luplow hit Cleveland’s third two-out homer of the day in the seventh off Sal Romano, also to center field, for a 6-2 advantage.

Naquin ended Bieber’s string of five straight strikeouts with his solo homer in the eighth.

After Emmanuel Clase blew a save chance in Cleveland’s 3-2, 10-inning loss on Saturday, he rebounded to earn his fourth of the season.