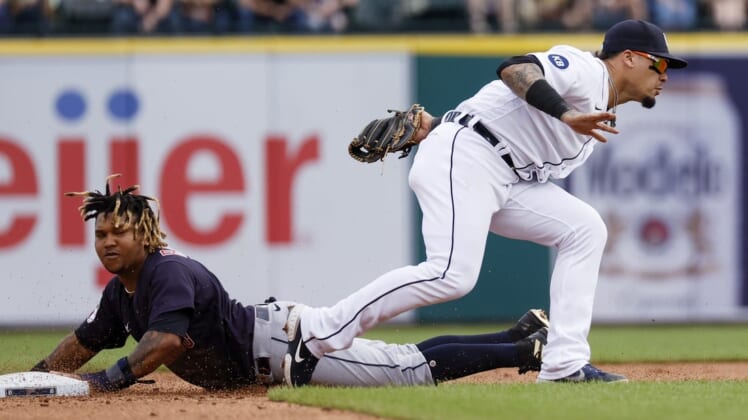 Bieber (2-3) scattered eight hits while allowing one run and struck out five while recording his seventh career victory over Detroit in 10 starts.

Ramirez drew a leadoff walk in the fourth and stole second to spark Cleveland’s two-run inning. Naylor’s one-out double off the right-center field wall knocked in Ramirez. Oscar Gonzalez advanced Naylor to third with a single. Faedo struck out Andres Gimenez before Richie Palacios ripped a single to left to drive in Naylor for a 2-0 lead.

The Tigers loaded the bases with two out in the fifth on consecutive singles by Jeimer Candelario, Willi Castro and Daz Cameron. Bieber responded by striking out Tucker Barnhart on three pitches.

Gonzalez had a two-out double in the sixth for the Guardians but Faedo induced a Gimenez grounder to leave him stranded.

Detroit’s Javiez Baez popped out with Jonathan Schoop on second to end the sixth inning.

Palacios led off the seventh for the Guardians against Jacob Barnes with a double that bounced off the glove of Cameron in center. After a sacrifice bunt, Barnes walked Myles Straw and Steven Kwan to load the bases.

Jason Foley replaced Barnes and got behind Ramirez 2-0. Ramirez then drilled a triple down the right-field line to bring home all three baserunners. One out later, Naylor singled to knock in Ramirez for a 6-0 lead.

The Tigers broke up the shutout bid in the bottom of the inning when Harold Castro smacked a double, moved up on a grounder and scored on Castro’s sacrifice fly.

Ramirez crushed his 12th homer over the right-field wall off Drew Carlton in the ninth with Straw on first.