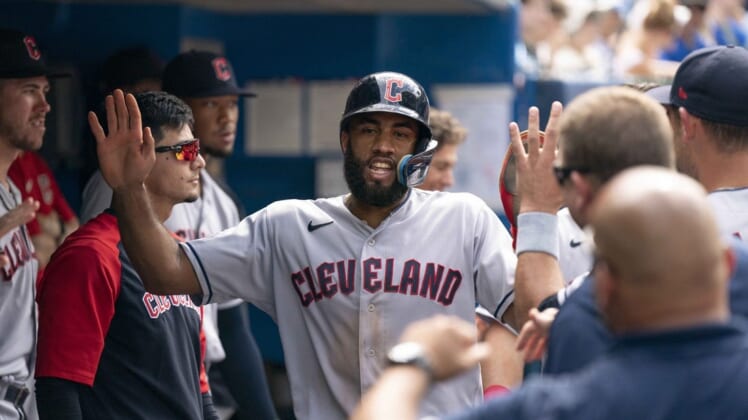 Austin Hedges had two hits and two RBIs for the Guardians, who took the rubber match of a three-game series.

Cleveland won the season series between the teams by winning five of the seven games.

Rosario also had an RBI single among his three hits.

Rosario hit his eighth homer of the season with one out in the first.

Lourdes Gurriel Jr. led off the bottom of the first with a single, took third on Alejandro Kirk’s one-out single and scored on a double by Teoscar Hernandez.

Owen Miller led off the second with a double and scored on Hedges’s one-out bloop single to center.

Tyler Freeman led off the fourth with an infield single to first and scored on a double to right by Hedges.

Santiago Espinal led off the bottom of the fifth with a single, took third on Gurriel’s one-out double and scored on Guerrero’s groundout to shortstop.

Trevor Richards pitched around a walk in the top of the seventh.

Bieber pitched around two singles in the bottom of the seventh.

Toronto’s Anthony Bass worked around a leadoff single in the top of the eighth by inducing a double-play grounder.

Trevor Stephan replaced Bieber and pitched a perfect bottom of the eighth with two strikeouts.

Trent Thornton allowed two runs in the top of the ninth. Steven Kwan singled with two out, stole second and scored on Rosario’s single. Jose Ramirez followed with an RBI single.

Emmanuel Clase pitched a perfect bottom of the ninth.