Shane Bieber files for trademark to ‘Not Justin’ 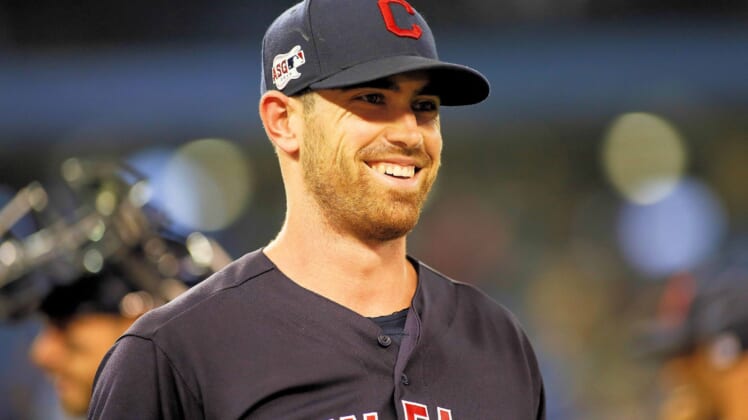 Cleveland Indians pitcher Shane Bieber is milking a name mix up between himself and Justin Bieber for all it’s worth.

Darren Rovell of The Action Network reported Sunday that Bieber has filed for the trademark to “Not Justin” with the U.S. Patent & Trademark Office.

Of course, for the uninitiated, we have you covered on why this is such a funny story.

On August 3, Bieber noticed that his Topps baseball card had a hilarious error in which it called him “Justin.”

Following that tweet, Justin Bieber himself got in on the fun, tweeting back to Shane Bieber.

That prompted Shane to share a scene from the movie “Stepbrothers,” and the whole exchange between them went viral.

Now, assuming Bieber does get the rights to the phrase “Not Justin,” it’s going to be fun to see what he can come up with to make some money off this humorous faux pas.