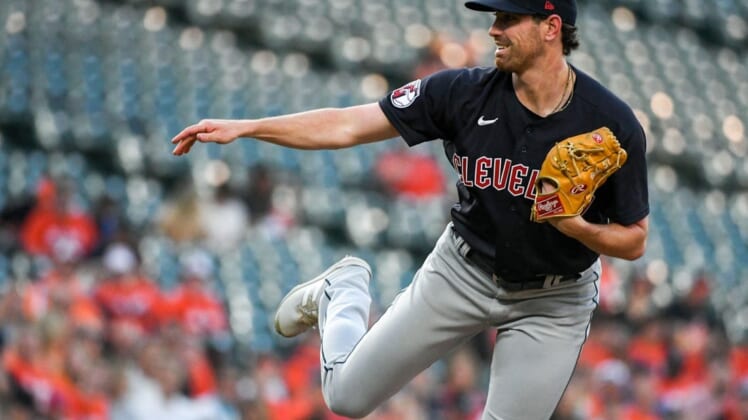 Bieber (3-3) struck out 11 and walked two as he logged his fourth straight quality start.

Josh Naylor drove in two runs in the opener of the three-game series. It was the first meeting of the season between the teams.

Trey Mancini’s single with two outs in the sixth inning was the lone hit off Bieber until the first two batters in the bottom of the eighth. Bieber then exited after 98 pitches and ended up being charged with two runs after he departed.

Miller finished with three hits, while Naylor, Myles Straw, Jose Ramirez, Oscar Gonzalez and Austin Hedges all had two hits for the Guardians. Cleveland had 14 hits — 11 singles and three doubles.

The lead grew to 6-0 on Naylor’s RBI double in the seventh.

In the Orioles’ eighth, Rougned Odor and Tyler Nevin opened with singles to finally end Bieber’s night. Mancini hit a double with two outs to bring them home, and Anthony Santander followed with an RBI single.

Both teams entered the game with 22 wins, but Cleveland had played seven fewer games. The Orioles, who were coming off a 10-inning loss to Seattle a night earlier, have lost back-to-back game after alternating losses and wins in the eight games before that.