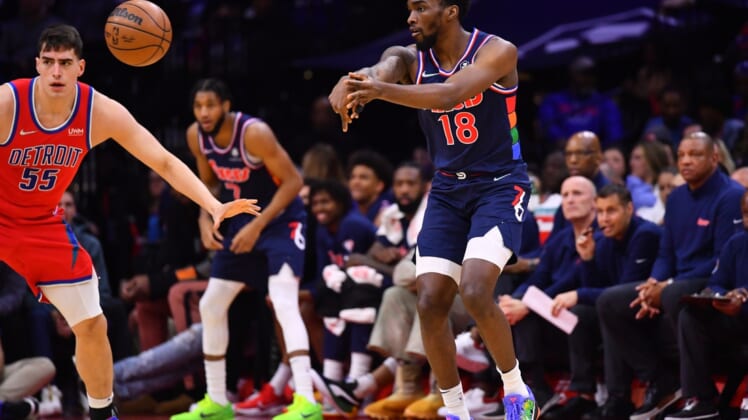 Shake Milton came off of the bench to score a season-high 30 points to lead the Philadelphia 76ers to a 118-106 home win over the Detroit Pistons in the regular-season finale on Sunday.

Tyrese Maxey and Paul Reed each scored 25 points for Philadelphia (51-31) in a game that saw each team rest their best players.

Philadelphia earned the No. 4 seed in the Eastern Conference playoffs, where it will meet Toronto in a first-round matchup.

Luka Garza had 20 points and 10 rebounds and Isaiah Livers had 14 points for Detroit (23-59), which solidified one of the three worst records in the league and has a 14% chance of winning the top overall pick in the draft lottery next month.

Trailing 62-60 at halftime, Detroit scored the first seven points of the third quarter to take a 67-62 lead.

Detroit jumped out to a 22-15 lead with 4:16 remaining in the first quarter, but Philadelphia closed the quarter out in strong fashion, outscoring the Pistons 21-8 the rest of the first quarter to take a 36-30 lead.

Philadelphia stayed hot in the second, going on a 16-7 run to open the second quarter to take a 52-37 lead with 8:52 remaining until halftime.