While the Cinderella story for the Saint Peter’s Peacocks is over after a historic March Madness run, coach Shaheen Holloway could be on the verge of turning it into his dream job.

Saint Peter’s, the champions of the Metro Atlantic Conference, became the first No. 15 seed to ever reach the Elite Eight. A magical story ended for the Peacocks, a team representing a small college in Jersey City, New Jersey with an undergraduate student enrollment under 4,000 before the NCAA Tournament began.

While the Peacocks are headed home after a loss to North Carolina, who faces Duke in the Final Four, Saint Peter’s coach is reportedly closing in on taking over at his alma mater. 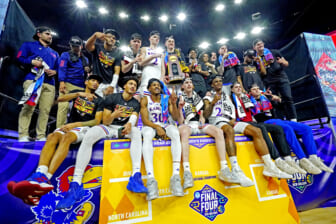 According to Jerry Carino of the Asbury Park Press, Holloway is expected to finalize a contract with Seton Hall University in the coming days to become the program’s next men’s basketball coach.

Holloway would be replacing Kevin Willard, who is taking over at Maryland. Across 12 seasons coaching the Pirates, Willard finished with a 270-210 record and the team made five appearances in the NCAA Tournament. The program advanced to the Sweet 16 once during his tenure.

While Holloway found tremendous success at Saint Peter’s, this would be a phenomenal next step in his coaching career. The 5-foot-10 basketball lifer grew up in New York and New Jersey, becoming an impact player at Seton Hall from 1996 to 2000. He totaled 1,588 points, 681 assists, 231 steals in 116 games

Holloway retired in 2007 and became an assistant coach at Iona. He returned to his alma mater in 2010, serving as an assistant on Willard’s staff from 2010-’18.

Who will be the next Saint Peter’s Peacocks men’s basketball coach?

Once Holloway officially leaves for Seton Hall, it will create a massive void for the Saint Peter’s Peacocks program. However, there might already be a target in mind to take over as head coach.

According to Carino, Holloway endorsed Ryan Whalen to take over as the Peacocks’ head coach. Whalen, a Saint Joseph’s alum, is currently an assistant on the staff. He joined the team in 2018 and is reportedly viewed as the ‘coach in waiting’ at Saint Peter’s. 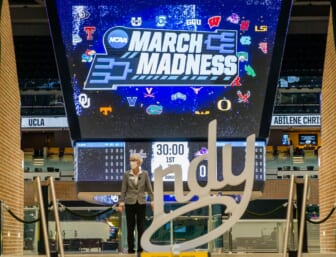