After last Thursday’s epic duel between the Los Angeles Rams and San Francisco 49ers, we were let down in a big way in Week 4. No one really expected the Chicago Bears to keep pace with Aaron Rodgers and the Green Bay Packers on the road, but the team simply didn’t show up.

At the end of the night, Green Bay came away with a 35-14 win in a game that was clouded by a weather delay and an unfortunate injury to a star Packers pass catcher.

Here are seven players who stood out the most in Green Bay’s 21-point victory over the hapless Bears. 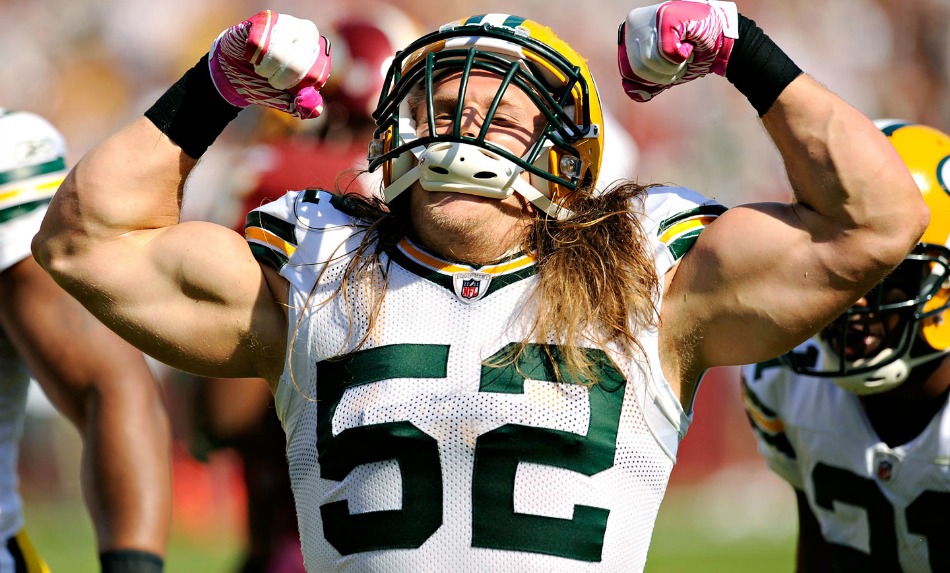 Mathews entered Thursday’s action having recorded 1.5 sacks. He was already on pace to best his sack totals from each of the past two seasons. Then, early against the Bears, Matthews himself made a game-changing play. The six-time Pro Bowler strip-sacked Mike Glennon, ultimately leading to the Packers’ first touchdown in what ended being a 35-14 win.

It’s definitely an interesting thing to look at. Despite losing middle linebacker Joe Thomas to an injury in the first half, Green Bay pushed back against the idea of moving Matthews back inside. Instead, the team moved Kyler Fackrell to middle linebacker. It’s a clear indication that defensive coordinator Dom Capers and Co. are not going to revert to playing Matthew out of position. That’s good news for the Packers’ defensive fortunes moving forward on the season.

With two more touchdowns Thursday against Chicago, Nelson has hit the end zone an absurd 14 times in his past 11 home games. That’s utterly ridiculous. Also ridiculous is the fact that Chicago felt no real need to cover Nelson when he scored for a second time on Thursday night.

All said, Aaron Rodgers’ favorite receiver caught four passes for 75 yards and two touchdowns. With Davante Adams potentially out a while after suffering this dirty hit from Bears linebacker Danny Trevathan, the Packers will need Nelson to continue stepping up. He proved he’s more than capable against an under-manned Bears team in Week 4.

With Mike Glennon still struggling mightily to even look in the direction of receivers, other players on offense have had to step up. And while the quarterback himself was a downright disaster with four turnovers on Thursday, his tight end proved effective.

Miller might have caught just two passes for 45 yards, but one of them set up the Bears’ only score of the game late in the second quarter. For an offense that’s struggling to do anything of substance, that’s something. 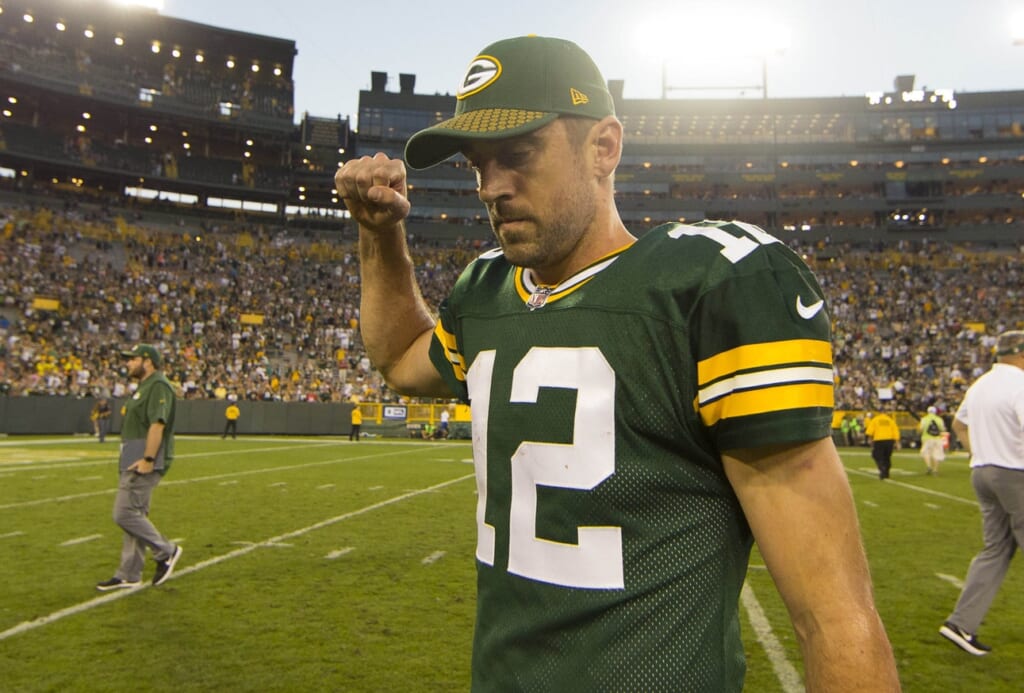 Even without his two starting tackles, Rodgers found a way to make mincemeat out of the Bears’ defense. The overall numbers aren’t staggering. He completed just 18 passes and threw for 179 yards. But huge numbers themselves were not needed in a game that proved lopsided from the get.

Rodgers still threw four more touchdowns to go with zero interceptions en route to completing 69 percent of his passes. Not a bad day at the office at all. More strikingly, he’s now thrown 72 touchdowns and just 10 picks at home since the start of the 2014 campaign. Talk about utter domination.

Including this interception of Mike Glennon, Clinton-Dix proved to be a difference maker in Green Bay’s 21-point win on Thursday night. Not only did the Pro Bowler record said pick, he also picked up eight tackles ( all solo) and defended multiple passes in a tremendous all-around performance.

This type of performance will help Green Bay overcome what has been questionable cornerback play. It’s also significant from a pass coverage standpoint now that the team benched former first-round pick Damarious Randall on Thursday night. 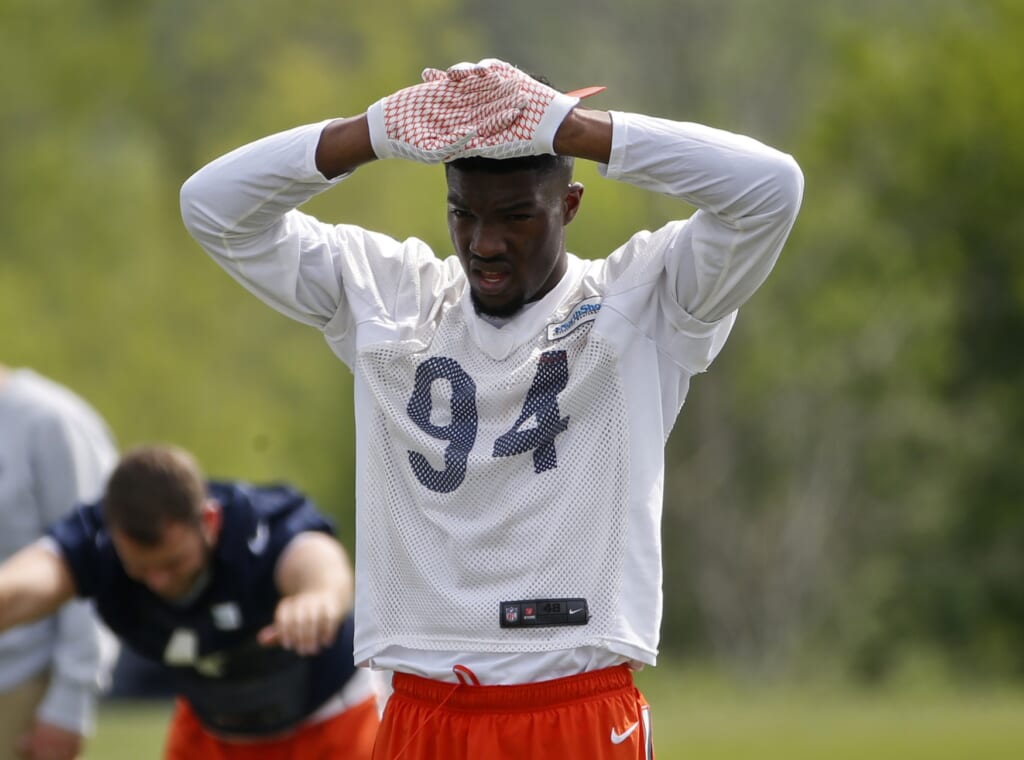 If one Bears player stood out on Thursday night, it had to be this former first-round pick. Floyd got the game started with a sack of Aaron Rodgers early in the first quarter, taking advantage of the Packers’ offensive tackle issues. He would ultimately put up multiple pressures of the former MVP in a solid all-around performance.

A player that recorded seven sacks as a rookie last season, Floyd entered Week 4 without a quarterback take down. If the Bears are going to somehow remain competitive moving forward with an anemic offense, Floyd will have to consistently put up performances like we saw Thursday evening.

Starting running back Ty Montgomery went down in the first half with broken ribs. Then, backup Jamaal Williams also exited the game before the half. This left Green Bay with two total running backs, one of them being a fullback in the truest sense of the word.

The team was than forced to rely on Aaron Jones, a rookie fifth-round pick out of UTEP who hadn’t attempted a single run in the first three games of the season. He responded by putting up an unspectular 49 yards on 13 attempts and a touchdown. But it gave Green Bay the balance it needed in a game that was pretty much out of hand from the start.

It will definitely be interesting to see how much playing time Jones gets moving forward. He seems to be of the traditional running back variety. That’s something the Packers could use should Montgomery miss extended time.