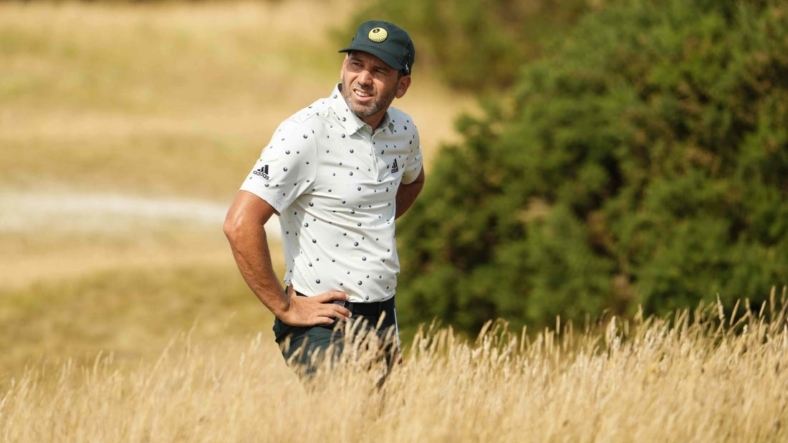 Sergio Garcia and Justin Rose withdrew from the BMW PGA Championship before Saturday’s second round of the DP World Tour event.

The tournament was shortened to 54 holes following the death of Queen Elizabeth II. It is being played at the Wentworth Club in Surrey, England.

Rose, who shot a first-round 73, cited a back injury as his reason for pulling out of the event.

Garcia didn’t give a reason. However, he was captured by television cameras in Austin, Texas, where he joined Masters champion Scottie Scheffler on the sidelines before kickoff of Saturday’s marquee game between Texas and No. 1 Alabama.

Garcia is scheduled to play next week at the LIV event at Rich Harvest Farms near Chicago.