Serena Williams upset in fourth round at French Open 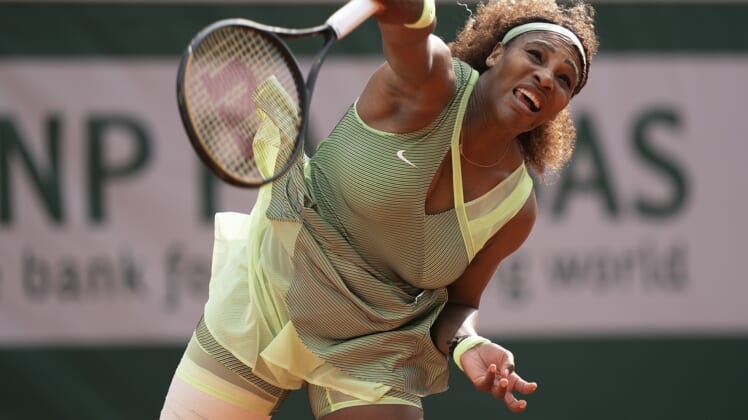 Serena Williams’ quest for a record-tying 24th Grand Slam singles title ended Sunday in the fourth round of the French Open with a shocking 6-3, 7-5 loss to Elena Rybakina of Kazakhstan.

The three-time French Open champion never won more than two games in a row during the 77-minute match, as Rybakina won 66 of the 117 points to move into her first-ever Grand Slam quarterfinal.

Williams, the No. 7 seed, posted more unforced errors (19) than winners (15) and saved only two of seven break points. No. 21 seed Rybakina struck four aces and finished with 21 winners and 13 unforced errors.

Williams, 39, will next have the opportunity to match Margaret Court’s career record of 24 Grand Slam titles next month at Wimbledon.

Williams had been 14-0 against players from Kazakhstan before falling to Rybakina in Paris.

In the quarterfinals, Rybakina will face Anastasia Pavlyuchenkova, who is having her most successful run at Roland Garros in a decade. The Russian was a quarterfinalist in Paris at age 19 in 2011, and Sunday she rallied to defeat No. 15 seed Victoria Azarenka of Belarus, 5-7, 6-3, 6-2.

Less than a month from her 30th birthday, Pavlyuchenkova is playing her best tennis in years. In the third round she ousted third-seeded Sofia Kenin.

Yet another top 20 seed fell Sunday when Paula Badosa Gibert beat 2019 finalist Marketa Vondrousova, 6-4, 3-6, 6-2. Badosa of Spain has won nine consecutive matches, including her first tournament victory two weeks ago at Belgrade. She recovered from being down 1-3 in the first set to the 20th-seeded Czech and controlled the third set to reach her first Grand Slam quarterfinal.

Badosa will meet Tamara Zidansek, who will be the first player representing Slovenia ever to reach the quarterfinals of a Grand Slam. Zidansek defeated Sorana Cirstea of Romania in straight sets, 7-6 (4), 6-1.