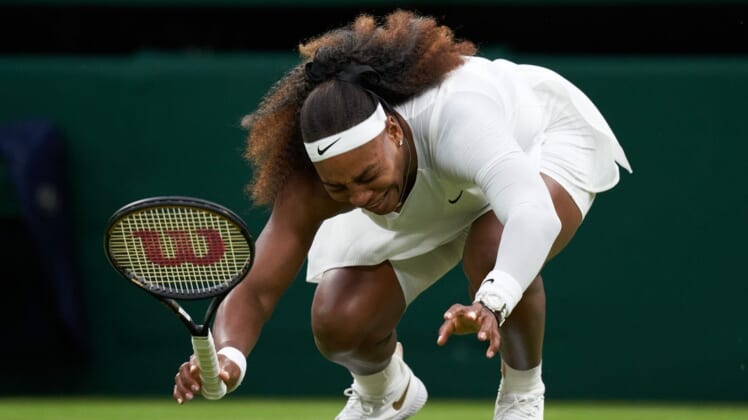 When Wimbledon begins later this month, Serena Williams plans to be there.

Not listed on the women’s singles entry list released for Wimbledon last week, Williams can apply to be a wild-card entry and return for her first competition since she injured her right leg at the All England Club in 2021. She retired in her opening-round match last year, tied at 3-3 with Aliaksandra Sasnovich of Belarus.

Williams, 40, posted to Instagram on Tuesday a picture of white Nike shoes on finely cut grass and a Wilson tennis bag in the background with the text “SW and SW19. It’s a date. 2022 See you there.”

The postal code for the All England Tennis Club, site of Wimbledon, is SW19. She also tagged Eastbourne, the grass-court event schedule for this weekend and a common tune-up for Wimbledon.

Wimbledon begins June 27, and Williams has won seven women’s singles titles in the event, part of her cachet of 23 Grand Slam championships. Her most recent win at Wimbledon came in 2016.