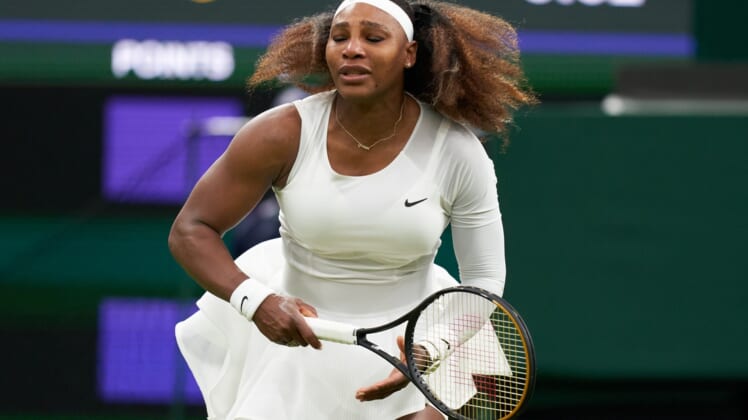 Forty-year old Serena Williams hinted that she intends to make a return to competitive tennis and will play at Wimbledon this year.

While appearing at a Bitcoin conference in Miami on Thursday, Williams posted a video to her Instagram story that showed her sitting with Green Bay Packers quarterback Aaron Rodgers as the two discussed her future.

“We’ve been talking about my comeback and he’s been hyping me up and getting me ready for Wimbledon,” Williams said of Rodgers.

“What about the U.S. Open?” Rodgers asked.

“Wimbledon is before the U.S. Open,” the 23-time Grand Slam champion chuckled. “I have to play Wimbledon first.”

Williams hasn’t played since Wimbledon 2021, when an ankle injury forced her to retired in the first set of a first-round match against Aliaksandra Sasnovich of Belarus.

Williams hasn’t won a tournament since January 2020, when she defeated unseeded American Jessica Pegula 6-3, 6-4 to win the ASB Classic in Auckland, New Zealand. It was her first tournament win since before she gave birth to her daughter in 2017.

She remains in quest of the elusive 24th Grand Slam title of her career, which would tie Margaret Court for the most all-time. Play at Wimbledon is set to begin on June 27.

In the meantime, former World No. 1 Simona Halep announced Tuesday that Patrick Mouratoglou, Williams’ longtime coach, will be her full-time coach effective immediately.

While Mouratoglou has consulted with other tennis pros through the years, he has been the exclusive coach of Williams since mid-2012.

“I had a conversation with Serena, and the door opened for me, at least short term, to work with someone else,” Mouratoglou wrote in a statement posted to Twitter. “I will keep you updated on what’s coming soon.”