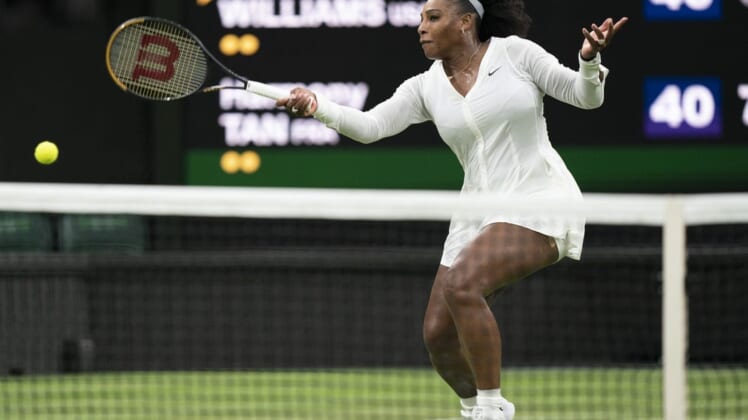 Serena Williams is in the field for next month’s National Bank Open in Toronto, the first WTA 1000 event post-Wimbledon, tournament officials revealed Thursday.

Williams returned to competition last month after missing about a year with an injured right leg. She competed in the ladies’ doubles draw in Eastbourne, England, then headed to Wimbledon as a wild-card entrant.

Williams, 40, lost to Harmony Tan of France in three sets in the first round.

The 23-time Grand Slam winner used her protected ranking to enter the Toronto event. She has won the National Bank Open three times and reached the final in 2019 in her last appearance there.

Canadian Bianca Andreescu, who beat Williams in the 2019 final, also received a wild-card entry into the draw. Forty-one of the top 43 players in the world ranking are listed in the field.