Early nerves saw Williams start with a double fault, but the veteran then found her footing, playing strong defensive tennis to save all three break points against her in the first set.

Williams got the first break against Sakkari for a 4-2 lead before closing the set out with an ace.

The 23-time Grand Slam winner came up short in the second-set tiebreak however, with Williams’ power serve abandoning her when she needed it most.

Sakkari, seeded 15, carried the momentum into the third set as she started the decider with a break.

But 38-year-old Williams again showed the battling instincts that have made her one of the all-time greats. She broke back to level for 2-2 as Sakkari’s forehand started to misfire.

The six-time U.S. Open champion, who fired off the tournament’s fastest serve with a 124 mph ace during the third set, marked her 100th win on Arthur Ashe Stadium with a roar that could be heard all around the grounds.

“I just kept fighting,” said Williams, who lost to Sakkari two weeks ago in the Western & Southern Open. “She was doing so well she was being so aggressive. I knew I needed to do the same thing.”

Williams, who kept up the pace despite breathing heavily towards the end of the nearly 2-1/2-hour match, said her physical condition had improved since their previous meeting.

“I was able to compete longer. I was a little fatigued last time and had some cramps,” she said. “I felt like she almost played better today. She’s such a good competitor. So it was still… a really intense match.”

It was Williams’ second nail-biter of the tournament, after digging herself out of a one-set deficit to beat fellow American Sloane Stephens in the third round on Saturday.

She faces Bulgaria’s Tsvetana Pironkova in the last eight. 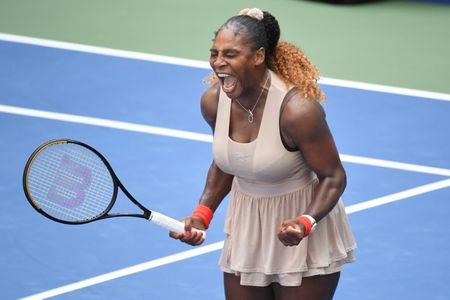 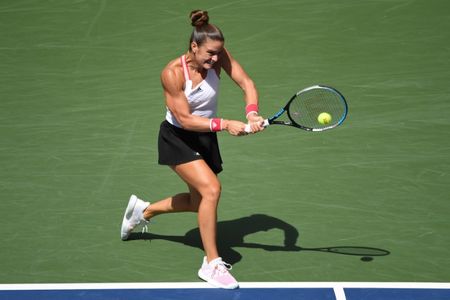 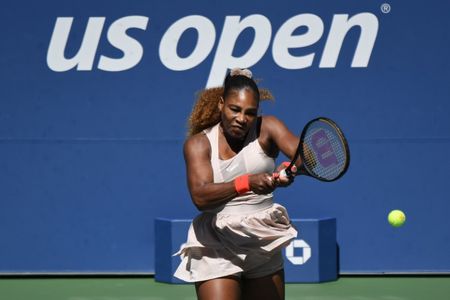 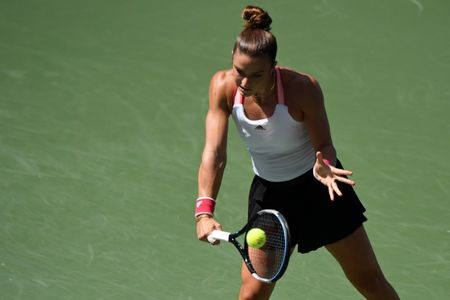 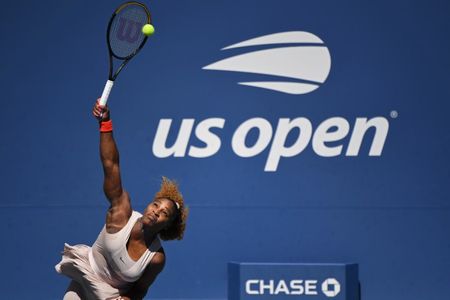