Senators up for sale, but must remain in Ottawa 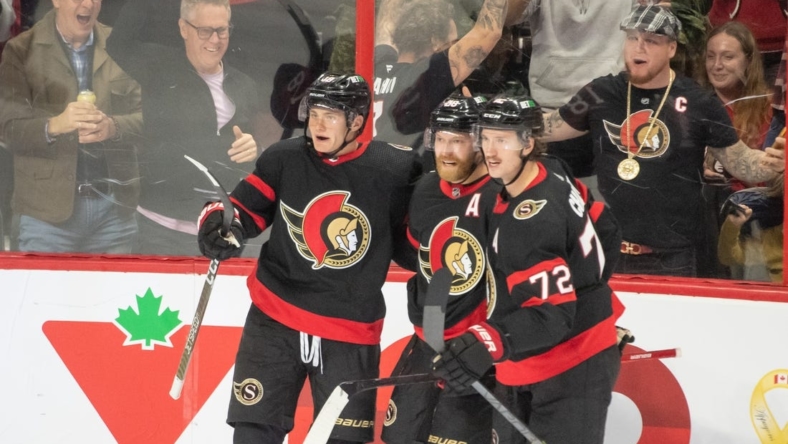 The Ottawa Senators announced Friday that a process has been initiated for the sale of the franchise.

Senators chairman and governor Sheldon Plener said a condition of any sale is keeping the franchise in Canada’s capital. The team has a preliminary agreement to work toward a new downtown arena at LeBreton Flats.

“Galatioto Sports Partners has been retained as financial advisor and a process has been initiated for the sale of the Ottawa Senators Hockey Club,” Plener said. “This was a necessary and prudent step to connect with those deeply interested parties who can show us what their vision is for the future of the team.

“A condition of any sale will be that the team remains in Ottawa. The organization will have no further comment on this process at this time.”

Anna and Olivia Melnyk, daughters of late owner Eugene Melynk, inherited the franchise after he died in March.

Canadian actor Ryan Reynolds, a noted fan of his hometown Vancouver Canucks, reportedly is among interested parties in ownership of the Senators.