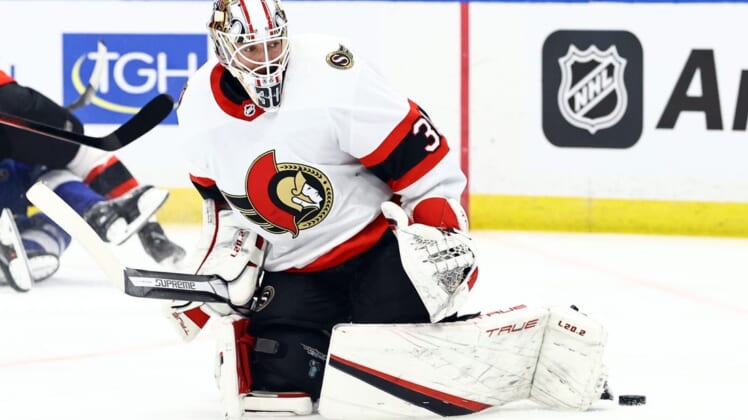 Ottawa will retain 25 percent of Murray’s salary. Murray signed a four-year, $25 million contract with the Senators in October 2020 after they acquired him from the Pittsburgh Penguins in a trade. Murray has two years remaining on that deal.

Murray, 28, played only 47 games, starting 45, in his short tenure in Ottawa. The Senators placed him on waivers in November 2021, and after he cleared he was sent to their AHL affiliate for a short spell.

The Maple Leafs were in the market for a goalie because they offloaded Petr Mrazek to the Chicago Blackhawks in a trade last week and reportedly aren’t close to re-signing pending unrestricted free agent Jack Campbell. Campbell and Mrazek combined to start 65 of Toronto’s 82 games last regular season.