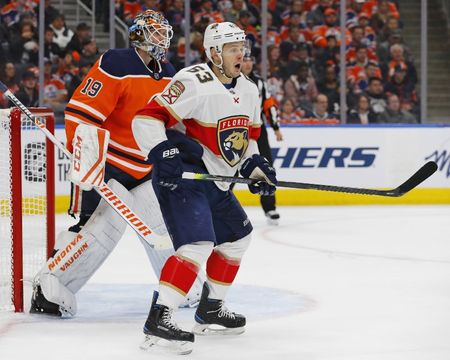 Dadonov, 31, recorded 47 points (25 goals, 22 assists) in 69 games with the Florida Panthers last season. He also had a career-high 11 power-play goals and matched a personal best with 17 points with the man advantage.

Dadonov also added an assist during the Panthers’ four-game series loss to the New York Islanders in the Eastern Conference qualifying round.

“We’re thrilled to have come to an agreement with Evgenii,” Senators general manager Pierre Dorion said. “He’s an elite offensive talent and a very consistent scorer as demonstrated by his point totals over the last three seasons.

This is a key signing for us as it adds a player who will help us produce offensively and one with a proven track record on the power-play.”

Dadonov has collected 202 points (91 goals, 111 assists) in 280 career games since being selected by the Panthers in the third round of the 2007 NHL Draft. He joined Florida in 2009 and was dealt to Carolina in January 2012 before leaving North America six months later.

Dadonov returned from the Kontinental Hockey League and signed with the Panthers in July 2017.