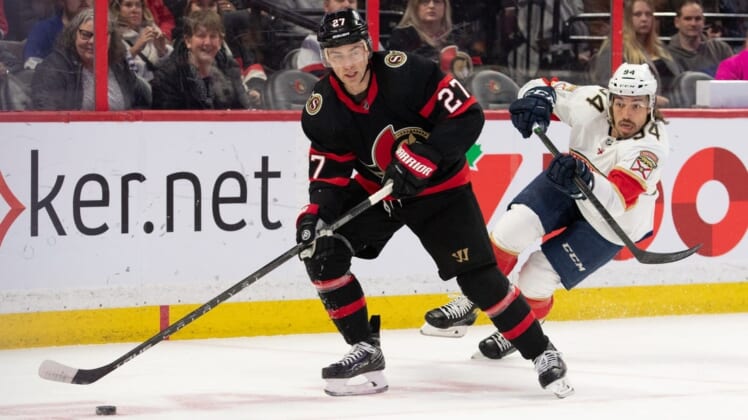 Gambrell, 25, recorded seven points (three goals, four assists) and 12 penalty minutes in a career-high 63 games with the Senators last season. He was acquired by the Senators for a seventh-round pick in a trade with the San Jose Sharks on Oct. 24.

“Dylan’s versatility is one of his greatest strengths,” Senators general manager Pierre Dorion said. “He quickly earned the trust of our coaching staff as an effective penalty killer who could be relied upon in any situation from the center position.”

Gambrell has 30 points (13 goals, 17 assists) and 44 penalty minutes in 173 career games with the Sharks and Senators. He was selected by San Jose with a second-round pick in the 2016 NHL Draft.