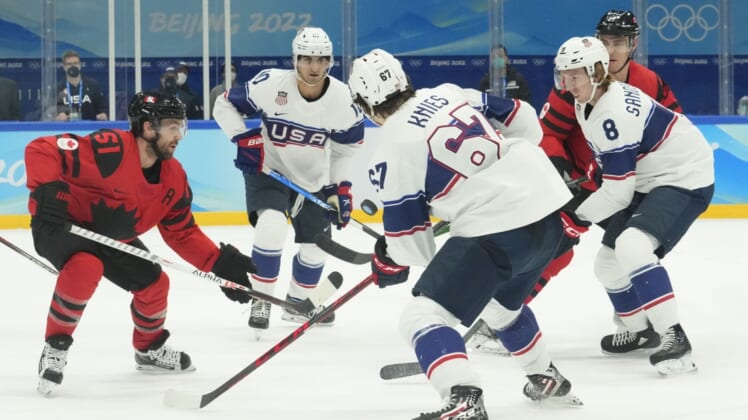 “We’re very pleased to get Jake under contract,” Senators general manager Pierre Dorion said in a statement. “An important cog to our future on defence, Jake is an effortless skater who possesses all the tools to be a complete NHL defenceman. A mature leader despite his young age, he played big minutes in college with a blend of poise and confidence. While he still has progress to make in overcoming a current injury, we are hopeful of seeing him in our lineup before the end of the season.”

Sanderson just completed his sophomore season at the University of North Dakota, finishing with eight goals and 18 assists in 23 games.

The Montana native played in one game for Team USA at the 2022 Beijing Winter Games before he was sidelined with an upper-body injury.