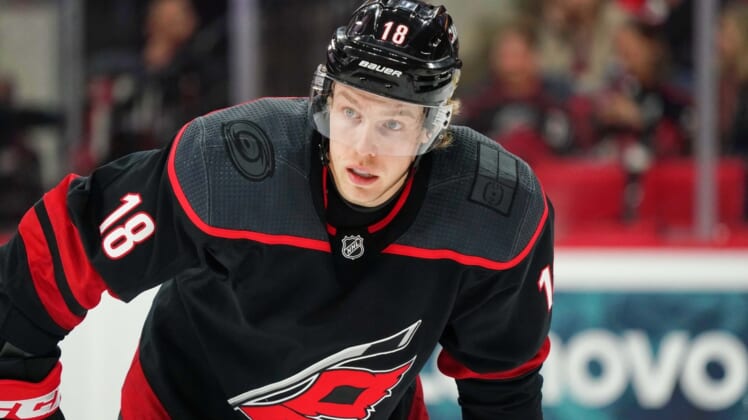 The Ottawa Senators acquired center Ryan Dzingel from the Carolina Hurricanes on Saturday in exchange for forwards Alex Galchenyuk and Cedric Paquette.

Dzingel, who played his first three-plus seasons (2015-19) with the Senators, has two goals and two assists in 11 games this season.

Drafted in the seventh round by the Senators in 2011, he had 171 points in 343 games with Ottawa before being traded to Columbus on Feb. 23, 2019 for forward Anthony Duclair.

Paquette, 27, tallied one goal in nine games in his first season with Ottawa. He played his first seven seasons with the Tampa Bay Lightning, registering 85 points (47 goals, 38 assists) and 345 penalty minutes in 377 games from 2014-20. He won the Stanley Cup with Tampa Bay last season.