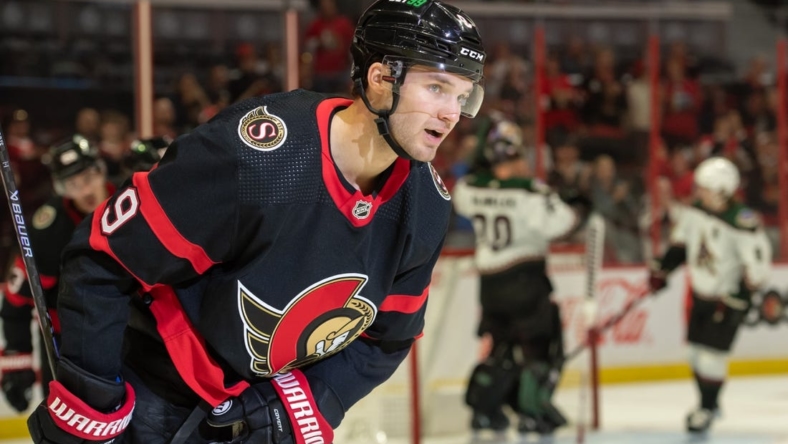 Ottawa Senators forward Josh Norris will be sidelined long-term and could miss the remainder of the season with a left shoulder injury, coach D.J. Smith announced Wednesday.

“If at some point we get him back, great,” Smith said. “When you hear long-term, you’re thinking three months, four months, five months, six months.”

Norris, 23, sustained the injury after taking a faceoff during the third period of Saturday’s game against the Arizona Coyotes. He went down in a heap and headed straight for the locker room.

“Different injury than the last one, same shoulder, different injury,” Smith said. “Is he going to require surgery or not? We’re in the middle of that right now. We’ll know a little more in the next four-five days but it’s long-term.”

Norris has one goal and one assist in five games this season. He is playing in the first campaign of an eight-year, $63.6 million contract he signed in the offseason.

Norris has 92 points (53 goals, 39 assists) in 130 career games since being selected by San Jose with the 19th overall pick in the 2017 NHL Draft. He was part of the blockbuster trade that sent star defenseman Erik Karlsson to the Sharks on Sept. 13, 2018.