Senators defenseman Thomas Chabot out at least one week 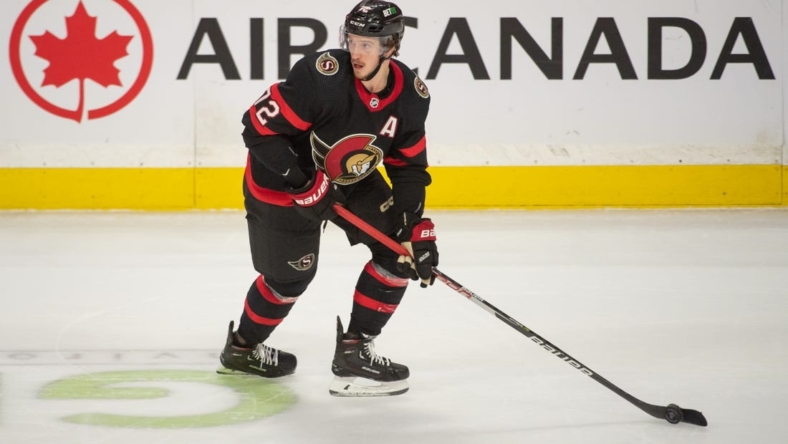 Ottawa Senators defenseman Thomas Chabot will be sidelined at least one week with a concussion, coach D.J. Smith announced Sunday.

Chabot was hit into the boards from behind by Philadelphia forward Travis Konecny early in the third period of the Senators’ 4-1 victory over the Flyers on Saturday afternoon.

Chabot, 25, scored his third goal of the season earlier in the contest. The minutes-eating defenseman also has three assists and 18 penalty minutes in 14 games this season.

Larsson, 25, has two assists in 12 games with Belleville this season. He had 24 points (three goals, 21 assists) in 165 career games with the Anaheim Ducks.