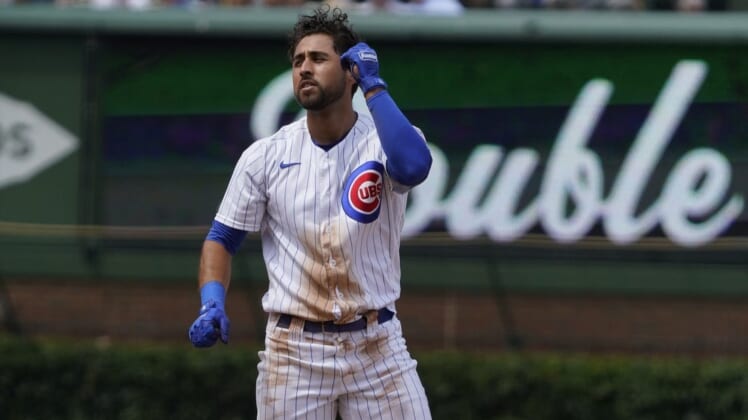 Seiya Suzuki homered, doubled and scored two runs to help the host Chicago Cubs post a 4-2 win against the Pittsburgh Pirates in the finale of their two-game series on Tuesday afternoon.

Ian Happ drove in two runs and Nico Hoerner had two hits for the Cubs, who have won a season-high six games in a row.

Cubs starter Keegan Thompson (8-4) allowed two runs and four hits in seven innings. He struck out seven and didn’t walk a batter for his first win in the past five starts.

Cubs reliever Rowan Wick struck out two of the three batters he faced in the eighth, and Mychal Givens pitched a 1-2-3 ninth for his second save.

Rookie Oneil Cruz belted a two-run homer for the Pirates, who have lost four of five coming out of the All-Star break.

Pittsburgh starter Bryse Wilson (1-6) allowed three runs and six hits in six innings. He struck out two and walked one.

The Cubs jumped on Wilson for three runs in the first inning.

Willson Contreras singled with one out and Suzuki followed with a double to center field, putting runners on second and third.

Happ then doubled to deep right field, driving in both runners for a 2-0 lead.

Hoerner collected Chicago’s fourth straight base hit, another double to right field, to plate Hoerner to make it 3-0.

Pittsburgh put runners in scoring position in the second and third innings, but couldn’t capitalize. Thompson struck out five battered through the first three innings.

Thompson gave up a leadoff double in the fourth to Ke’Bryan Hayes, but the latter was left at third as Thompson struck out Greg Allen to end the inning.

Thompson retired the side in order in the fifth and sixth innings. but Cruz blasted a two-run homer with two outs in the seventh to cut the lead to 3-2.

Suzuki hit a solo home run, his eighth of the season, in the eighth inning to cap the scoring.