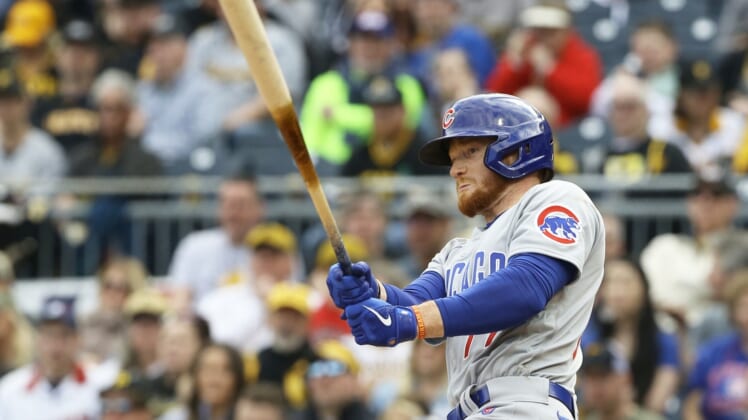 Seiya Suzuki homered twice on Tuesday and the Chicago Cubs held on to spoil the Pittsburgh Pirates’ home opener 2-1.

It was the opening game of a two-game series.

Suzuki continued his strong start to his first season in the major leagues after starring in Japan. He was 2-for-4, making him 5-for-12 this season with three homers and eight RBIs through four games.

Chicago left-hander Drew Smyly (1-0), in his season and Cubs debut, pitched five scoreless innings and gave up three hits with one strikeout and no walks.

David Robertson pitched a one-two-three ninth for his second save.

Five Cubs pitchers did not give up a walk.

Bryan Reynolds homered in the eighth for the Pirates after they trailed 2-0.

Pittsburgh starter Jose Quintana (0-1), in his season and Pirates debut, gave up one run and five hits in 5 1/3 innings, with three strikeouts and two walks.

Quintana gave up three hits through four innings. In the fifth, Suzuki led off with a homer to right-center, his second, for a 1-0 Cubs lead.

In the sixth, Clint Frazier doubled to left with one out for Chicago, and Willson Contreras walked. That was enough to chase Quintana for Anthony Banda, who struck out Patrick Wisdom and Frank Schwindel to end the inning.

Banda gave up a homer to left to Suzuki leading off the seventh to increase Chicago’s lead to 2-0.

The Cubs threatened again in the eighth. Contreras hit a one-out single to right-center and went to second on a wild pitch by Chris Stratton, who then struck out Wisdom and Schwindel.

With two outs in the eighth after Chicago reliever Mychal Givens struck out the first two batters he faced, Reynolds cut the Pittsburgh deficit in half with a home run to right-center, his first, to make it 2-1 and spoil a Cubs shutout bid.