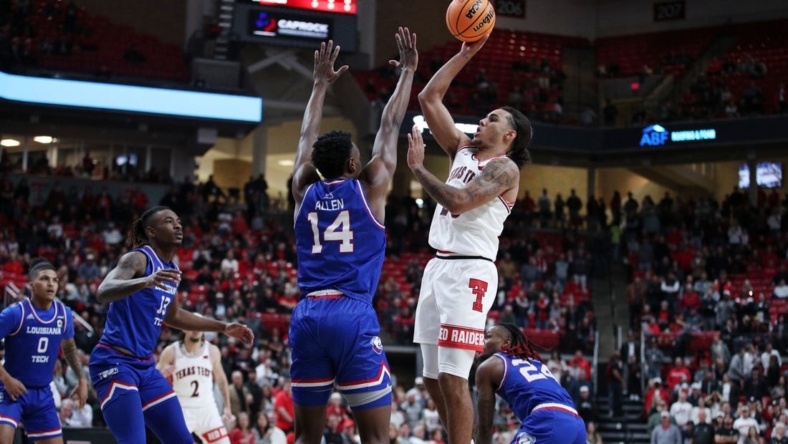 The Red Raiders (3-0), who improved two spots in the AP poll released early on Monday, led by five points at halftime but by just a bucket six minutes into the second half. That’s when Texas Tech forged a decisive 14-1 run keyed by its defense and had more than enough to hold off the Bulldogs.

Pop Issacs added 10 points for Texas Tech, which limited the Bulldogs to 37.7 percent shooting from the floor and outrebounded Louisiana Tech 35-26.

Cobe Williams had 16 points for the Bulldogs (1-1), while Kenny Hunter hit for 10 in the loss. Louisiana Tech made just one of its final seven field-goal attempts and never led in the game

The Red Raiders jumped on Louisiana Tech early on, forcing five early turnovers to start the game while roaring out to an 8-0 lead 3 1/2 minutes into the first half. Texas Tech built its lead to 16-2 after a Daniel Batcho dunk at the 11:40 mark and looked to be in cruise control.

But the Bulldogs fought their way back into things, as Texas Tech got sloppy with the ball. Louisiana Tech pulled to within three points on Kaleb Stewart’s 3-pointer with 30 seconds to play in the first before Obanor’s jumper at the buzzer granted the Red Raiders a 32-27 advantage at the break.

Obanor led all scorers with 10 points in the half while Keaston Willis paced the Bulldogs with nine. Texas Tech outshot the visitors 45.8 percent to 37.5 percent over the first 20 minutes but also had 12 turnovers before halftime that led to 11 Louisiana Tech points.

The Bulldogs drew to within 39-37 on Kenny Hunter’s dunk with 14:05 to play but Texas Tech ripped off 14 of the next 15 points to build its advantage to a game-high 15 points. Louisiana Tech responded with a 7-0 run of its own but never seriously challenged the rest of the way.