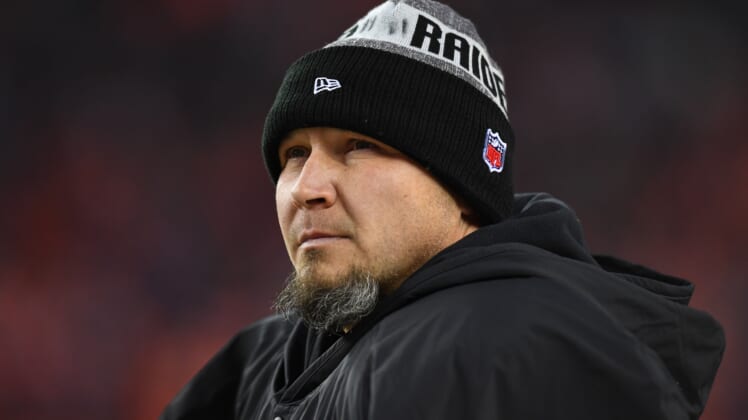 At the age of 39, Oakland Raiders kicker Sebastian Janikowski is among the oldest players in the NFL. But retirement is the furthest thing from his mind.

In fact, he’s already looking ahead to 2020 when the Raiders are set to move to Las Vegas. He wants to be a part of that transition and said Wednesday that he plans to kick in the NFL “until they kick me out,” per Scott Bair of NBC Bay Area.

“I hope so,” Janikowski said about accompanying the Raiders to Vegas. “That’s my goal, but it’s not my decision.”

If Janikowski still is with the Raiders in 2020, he’ll need a new contract. His current deal is set to expire at the end of the 2017 season. Originally a first-round pick by the late, great Al Davis all the way back in 2000, Janikowski has been with the Raiders ever since.

The Raiders very well could look to move on from Janikowski after this upcoming season due to his relative inaccuracy. Though, obviously if he has his way that won’t be the case.