After suffering their first loss of the season to the Las Vegas Aces, the Seattle Storm bounced back in a major way, erasing a 14-point fourth-quarter deficit to beat the Minnesota Lynx 90-78.

Jewell Lloyd led the Storm in scoring with 23 points along with five rebounds, four assists and three steals. Sue Bird bounced back from a scoreless outing by netting 21 points on 67% from the field, as well as eight assists, five rebounds and two steals.

Jordin Canada came off the bench for the Storm to contribute 16 points. Breanna Stewart was relatively quiet, finishing with just 13 points on 36% shooting and seven rebounds.

Crystal Dangerfield led the Lynx off the bench with 22 points and six assists, while Sylvia Fowles had 20 points and nine rebounds.

Through the first three quarters of the game, the Lynx controlled the game, leading by double digits for the majority time with the lead peaking at 19 points.

Down by 10 going into the fourth quarter, the Lynx made the first two shots of the quarter to bring the lead to 14 points with 9:13 remaining in the game. From there, the Storm outscored the Lynx 37-11 surge to victory.

The biggest difference for the Storm was their ability to draw fouls on the Lynx late. They shot 13-of-14 from the free throw line in the final quarter, with Jordin Canada contributing nine of the makes from the charity stripe. 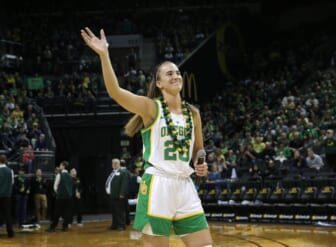