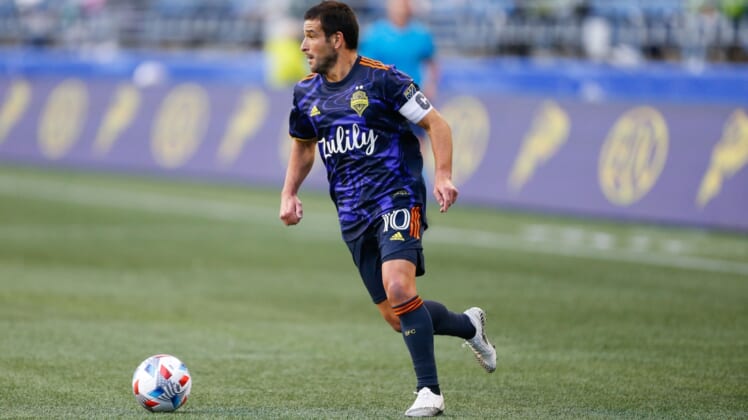 Seattle Sounders star Nicolas Lodeiro will be sidelined for another month with a lingering knee injury.

Sounders coach Brian Schmetzer said he is targeting a June 19 clash with the Los Angeles Galaxy for the return of the 32-year-old midfielder.

“It’s not looking great. We’re probably going to shut him down until after the break. We’ve got that break in June for three weeks,” Schmetzer told Seattle’s Sports Radio KJR, referring to the June FIFA international window. “We want to be careful, long-term Nico’s a valuable asset. We’re looking to shut him down for the next two home games for sure and then we have that break and we’ll try and ramp him up for that game against the Galaxy.”

Lodeiro, who agreed to a three-year extension with Seattle in December, has been dealing with the injury since the preseason and has only played 24 minutes this season as a substitute.

He had seven goals and 10 assists in 20 matches last season and finished third in MLS MVP balloting. He helped the Sounders reach the MLS Cup final before losing 3-0 to the Columbus Crew.