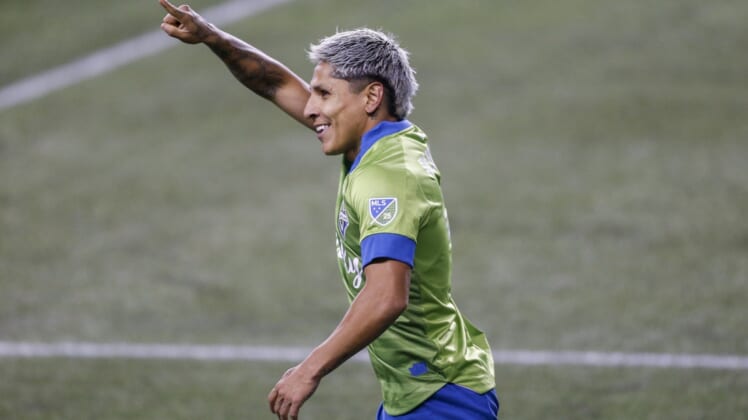 Just two weeks before the start of the regular season, the Seattle Sounders finally received the OK to welcome forward Raul Ruidiaz into training camp after the Peru native resolved a green-card issue.

The striker, who led the Sounders with 12 goals last season and was tied for second most in MLS, was scheduled to arrive in Seattle on Friday. He still must go through COVID-19 quarantine protocols after his arrival and is not scheduled to join workouts with the team until early next week.

“Certainly we are delighted he’s coming home,” Sounders general manager Garth Lagerwey said. “And he has a green card, so that means we have three foreign spots available to improve the roster as well, all of which we expect to use at some point this season.”

Since 2018, Ruidiaz has scored 33 goals with six assists in 53 regular-season games. The 30-year old also has nine goals in 10 career playoff games and helped the Sounders to the 2019 MLS Cup title. Seattle lost the 2020 title game to the Columbus Crew.

The Sounders will open the regular season April 16 at home against Minnesota United FC.