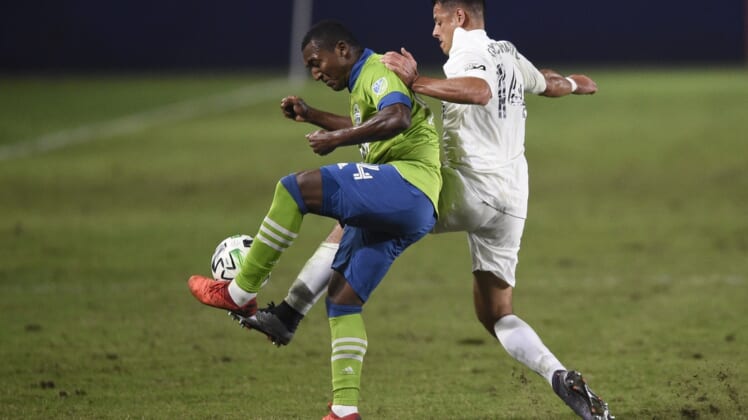 The Seattle Sounders re-signed both defender Jimmy Medranda and goalkeeper Stefan Cleveland after both were acquired by the club last season.

“We are pleased to add two more pieces to our roster ahead of the 2021 season,” Garth Lagerwey, the team’s general manager and president, said in a statement. “Stefan did well as a member of our goalkeeping group last year, and we were impressed with Jimmy after he joined us late last season. Both will provide our squad with quality depth as we head into a new campaign.”

Medranda, who turns 27 on Feb. 7, played in two games with the Sounders after arriving in an October trade with Nashville SC, where he played one game. He has 99 games of MLS experience, the majority of it with Sporting Kansas City, scoring five goals with five assists while making 64 starts.

Cleveland, who turns 27 in May, was traded to the Sounders after the 2019 season from the Chicago Fire but did not see any action in 2020. He played in five games with the Fire over three seasons, going 1-3-1.