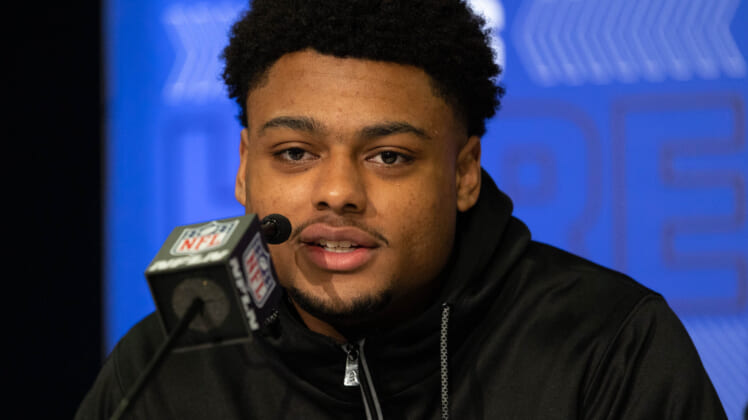 When you are born with the name Coby, chances are you will naturally look up to former Los Angeles Lakers basketball legend Kobe Bryant. That’s just the nature of the beast, right? Imagine actually being named Coby Bryant.

Seriously, that’s been the story for a young man out of Cleveland, Ohio for the last 23 years, or more accurately, his entire life.

Maybe there were times he hated it, being looked at, compared, or likened to such a historic figure. Maybe there were other moments where Bryant embraced his namesake, feeling lucky to share such a similar name with an all-time great. Especially since he, himself is an athlete too.

Yet, until now, or last week more accurately, Bryant was always just chasing a dream. Sure, he got a scholarship to play college football at Cincinnati, which is no small feat in itself, but he had to grind to earn every opportunity, having started by primarily playing on special teams as a freshman.

By his sophomore year, he earned a starting role, playing cornerback. Three years later, Bryant won the Jim Thorpe Award, given to the top defensive back in college football for his excellent play as a Bearcat.

The Seahawks recognized Bryant’s talents, opting to select the 6-foot-2 corner with the 109th pick in the fourth round of the 2022 NFL Draft, when many others believed the team had a much stronger need at the quarterback position.

While Bryant wore jersey No. 7 in college, he’s clearly embracing the Kobe Bryant link now that he’s in the NFL.

Credit to Ari Meirov, who pointed out via Bryant’s Instagram account that the rookie apparently plans to wear No. 8 with the Seahawks as a rookie.

It should be noted, No. 24 is already taken by fellow cornerback Justin Coleman, but obviously his name is not Coby Bryant.