“He’s going to have to get that cleaned up,” head coach Pete Carroll told 710 ESPN Seattle on Tuesday.

No timetable for his absence was immediately available. 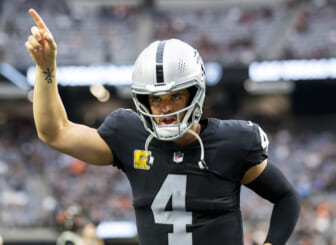 He has nine tackles and two pass breakups in six games this season. Blair has 49 tackles and three forced fumbles in 22 games (three starts) since the Seahawks drafted him in the third round in 2019.